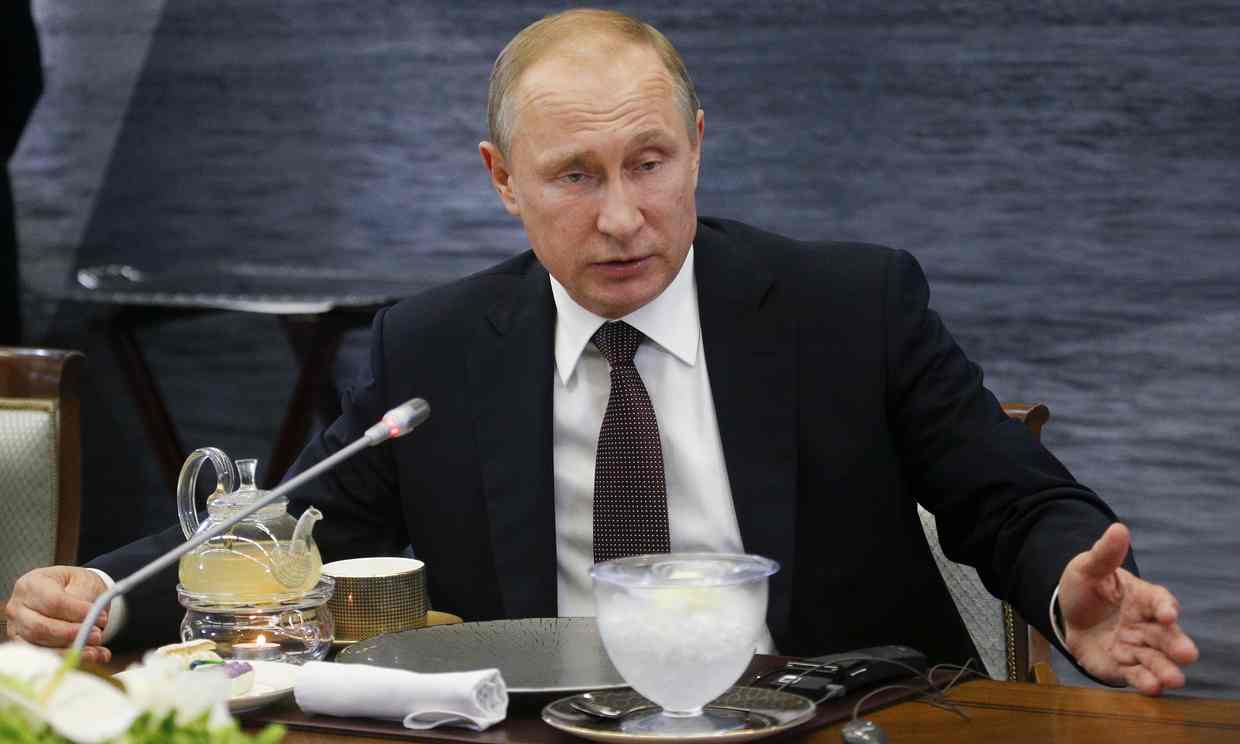 Vladimir Putin has suggested David Cameron may have called the referendum on the EU “to blackmail Europe” in his first major intervention in the Brexit debate.

Politicians including the foreign secretary, Philip Hammond, have speculated that Putin would relish Brexit as a way of weakening the EU and allowing Russia greater scope to reassert itself.

Asked by the Press Association what his views on next Thursday’s vote were, Putin suggested that the prime minister had called the referendum to “scare”Europe.

Speaking in St Petersburg, Putin said: “There is a great problem with Brexit. Why did he initiate this vote in the first place? Why did he do that? So he wanted to blackmail Europe or to scare someone. What was the goal if he was against?”

Putin said he had his own views on Brexit, but he would refrain from expressing them. He said the vote was “none of our business; it is the business of the people of the UK”.