Home » Economy » Foreign trade of Ukraine: Is there a limit to decline? 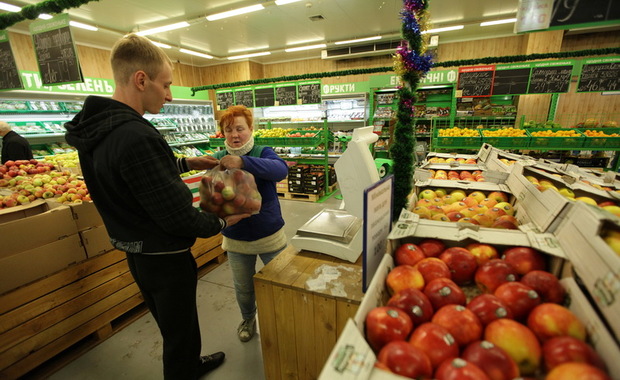 Foreign trade of Ukraine: Is there a limit to decline?

As Kiev breaches cooperation ties with Russia, Ukraine plunges into an acute social and economic crisis. Apparently, this was one of the strategic tasks of the Turchynov-Poroshenko regime. Although the post-Maidan authorities have put great efforts towards this, the northern neighbor is still the largest trade and economic partner of Ukraine.

Nevertheless, there is downward trend in the foreign trade turnover between the two countries. In the period from 2013 up to 2015, the given indicator fell threefold from $49.5billion to $16.2billion. In 2016, the decline will continue approximately to $10billion. According to the National Bank of Ukraine, the negative effect for Ukraine’s payment balance from the Russian food embargo (as a protective measure following Ukraine’s Association Agreement with the EU) and restrictions on the transit via the territory of Russia will total $1.1billion. As usually, labor migrants correct the situation with the payment balance of Ukraine – in 2015, they transferred $1.1billion from Russia. Thanks to Russia “the aggressor”, millions of Ukrainians have means of subsistence.

In the long-term outlook, there are no factors able to reverse the downward trend in the economic relations of the two states.  The problem is that it is not clear when the anti-Russian regime of Poroshenko will be overthrown (it is not clear who will come to replace it either – it may be even more radical force). Besides, there are systemic economic reasons.

In 2016, Ukraine has exported to Russia mostly inorganic chemistry (17% of total exports to Russia), machine-building products (17%), ferrous metals (15%), as well as paper and cardboard (8%). Meanwhile, Russia can produce all these goods under its import substitution program.

Second, Moscow is reducing its dependence on Ukraine by building a railway and pipeline passing by Ukraine. In particular, by the latest data, a diverging branch line from Tolyatti-Odessa ammonia pipeline to port Taman will be designed. In future, the construction of North Stream-2 will make unprofitable Ukraine’s gas

As for the restoration of the relations after the hypothetical Power Change in Ukraine, the only sector where it is inevitable is the transport one. Fortunately, there are no obstacles except the political ones for the restoration of the air, railway and motor communication between the two countries at full. The second obvious option is the resumption of the natural gas procurement directly from Gazprom instead of the European traders of the same Russian gas who sell it by $10-$15 more expensively per 1,000 cubic meter.

As for the restoration of the industrial cooperation, it is impossible, as among others Ukraine has been rapidly deindustrialized. For instance, machine-building sector has shrunken by 60% within two years, though it employed one-third of the employable population of the Ukrainian SSR. Actually, Ukraine has made its place in the world as a mere supplier of raw materials for the countries of developed capitalism. It will be present in the foreign markets with the law-added value products such as grain, corn, sunflower oil, iron stone, steel, wood, as well as scrap iron, into which the Soviet factories will be disassembled (particularly, the legendary Dnepropetrovsk “Uzhmash” that stopped operating 1.5-year ago).

Losing the Russian sales market, Ukraine has failed to recompense for the losses in other directions too. The widely promoted European market did not live up the expectations of “European integrators,” as after 2% growth in 2014, exports fell by one-third in 2015 and continued to shrink by 2.7% in Q1 (versus Q1 2015). Only three good items saw a growth – nuts, straw items, and cotton.

Asia is a promising market for Ukraine (its share in total foreign trade of Ukraine increased to 32%). Top Five countries to which Ukraine increased export in 2015 are Thailand, Bangladesh, Philippines, Lebanon and Malaysia. Although EU accounts for 41% of Ukraine’s total export, Top Five trade partners are Russia, China, Poland, Egypt and Turkey.

Eurocentrism played a low-down trick with the country. It is necessary to understand that Ukraine is a too big country to live on European subsidies like the East European border states. On the other hand, Ukraine is too small domestic market with an extremely low consumer purchasing power to create a sustainable economy. To correct the situation, Ukraine could join the integration projects with CIS countries, as it was mentioned repeatedly. However, instead of settling the accumulated social and economic problems in the country with accessible tools (at least stemming from the instinct of political self-preservation), Ukraine’s elites keep splitting public consciousness by speaking of the “Russian aggression” at international platforms. Meanwhile, President of Ukraine Petro Poroshenko is developing his business on the territory of the Russian Federation and paying taxes to the budget of the “aggressor.”