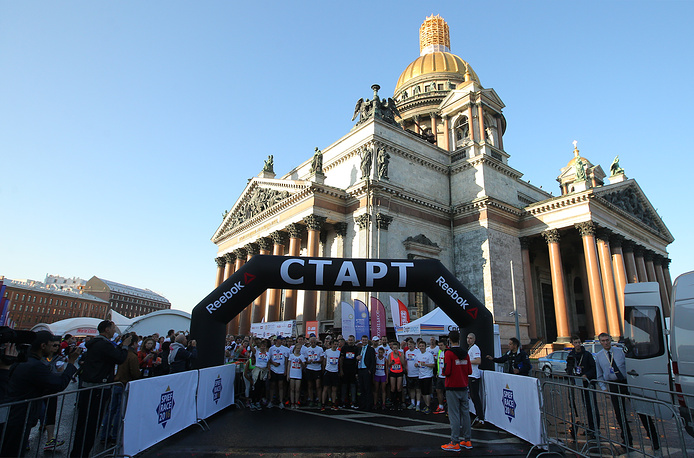 Zakharova shared her secret of race running with her Facebook subscribers.

“Always make selfies before the start and publish them online at once. Then you will not be able to withdraw,” she said.

According to organizers, some 650 people applied to participate in the race but not all of them appeared at the starting line near St. Isaac’s Cathedral at 6:30 a.m. Moscow time.

The race participants were running past the Winter Palace, the Church of Savior on the Spilled Blood, Kazan Cathedral and other St. Petersburg landmarks.

The event was organized for the first time by World Class Russian fitness club chain and the Roscongress Foundation.