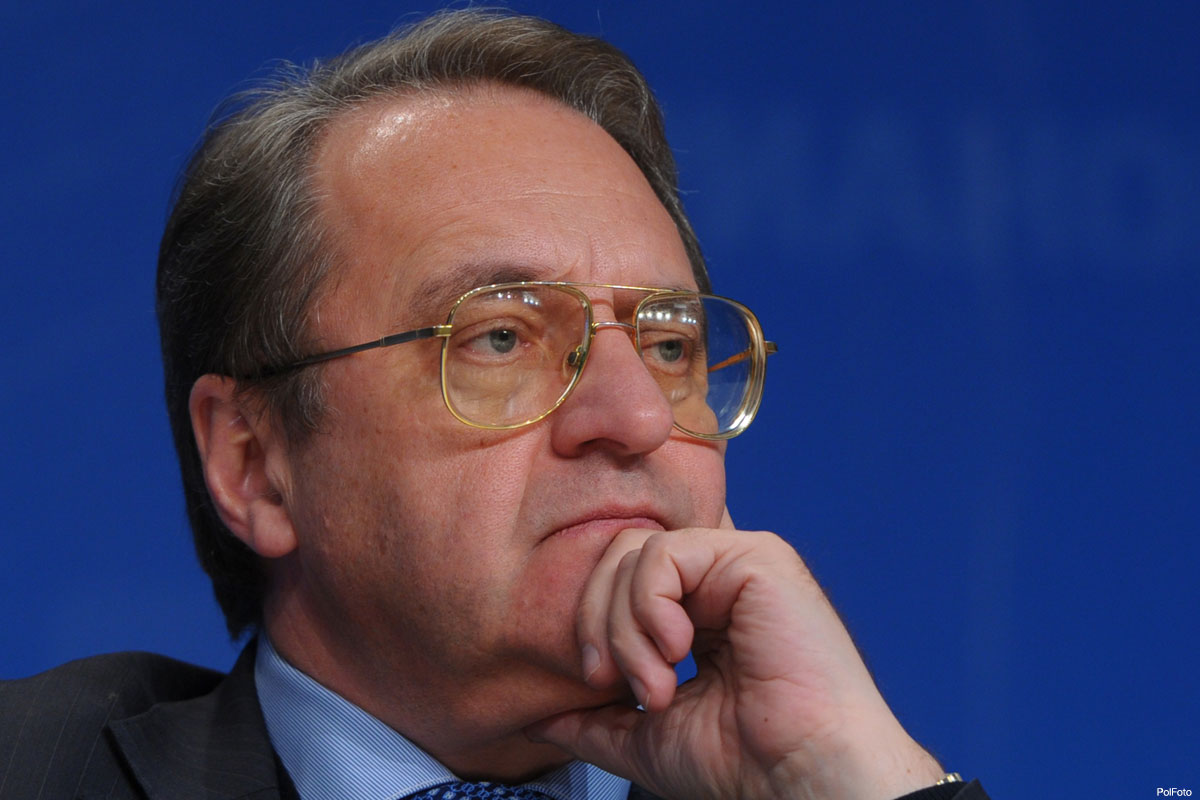 Bogdanov calls for resumption of intra-Syria dialogue in Geneva soon

Bogdanov told journalists Thursday (June 16), on the sidelines of the St. Petersburg International Economic Forum (SPIEF), that those who support a political solution for the crisis in Syria should resume the Syrian dialogue as soon as possible.

He added that his country supports the negotiation process with much dynamism, nevertheless, the schedule reached in Vienna talks will not be met.

Bogdanov clarified that representatives of UN Special Envoy for Syria Staffan de Mistura should start within the upcoming days the technical consultations with the different factions of Syrian opposition in the places they are available in including the internal opposition.

Russian Foreign Minister Sergey Lavrov is to meet with De Mistura on Thursday on the sidelines of SPIEF to discuss the issues related to the crisis in Syria and the prospects of holding a new round of talks in Geneva.