Home » News » Threats against Muslims must stop after Orlando attack 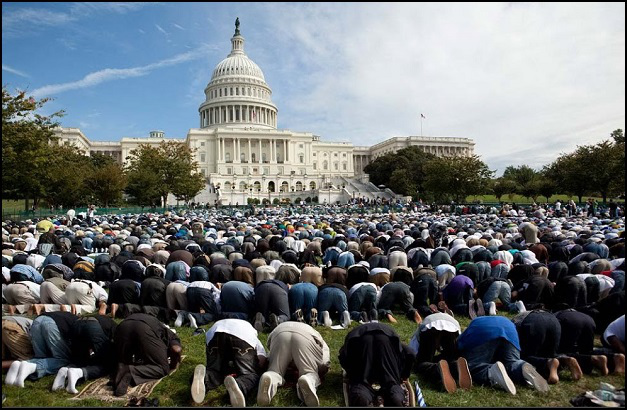 Threats against Muslims must stop after Orlando attack

US authorities on Wednesday (Jun 15) warned that threats against Muslims would not be tolerated, and possibly prosecuted, after alleged incidents in the wake of the Orlando gay club massacre, which was carried out by a Muslim gunman.

Officials asked the public to help in the investigation of Sunday’s carnage at the Pulse nightclub in Orlando – the worst mass shooting in American history, which left 49 people dead and 53 others wounded. Gunman Omar Mateen was killed in a shootout with police.

Authorities refused to comment on reports that Mateen’s wife would face charges over her alleged knowledge of his intentions to carry out an attack, calling any talk of charges “premature” and saying no stone would be left unturned in the probe.

The city – reeling from the mass shooting, the murder of a singer who competed on TV reality show “The Voice” and the death of a toddler in an alligator attack at a Disney resort hotel – was bracing for the first wake for a club victim.

“Civil rights violations are a priority for the FBI,” assistant special agent Ron Hopper told reporters. “We will investigate reported incidents against individuals based upon any class, any protected class, to include race, religion, and sexual orientation.”

Members of the small Muslim community in Mateen’s hometown of Fort Pierce say they have endured profanity-laced taunts in recent days – and even death threats. “We’re scared,” Bedar Bakht, a taciturn Pakistani in his 50s who worships at the same mosque attended by Mateen, told AFP.

Mateen’s motives for carrying out the slaughter are still unclear.

In a 911 call during the attack in the early hours of Sunday, he pledged allegiance to the leader of the Islamic State group, and President Barack Obama has said he was radicalized by reading extremist propaganda online.

But witnesses also say he was a regular at the Pulse club, and was using gay dating apps.

“He appears to have been an angry, disturbed, unstable young man who became radicalized,” said Obama, who was set to visit Orlando on Thursday to show support for the tragedy-hit city.

“The president certainly wants to offer his condolences and comfort to the families of those who were killed and to those who survived,” White House spokesman Josh Earnest said, adding he would also meet first responders. “This will be, I think, an emotional trip.”

A new family assistance centre opened in Orlando on Wednesday in a part of the stadium once known as the Citrus Bowl.

Sarita Figueroa, the director of readjustment counseling services for the Department of Veterans Affairs’s Southeast District, explained that her personnel were pitching in to help those in need of trauma and grief counselling. “This is for the community,” Figueroa told AFP, noting that counselors had come from across the country.

For relatives of the dead, the aftermath is “very difficult. It’s too fresh,” she said. “Some are still getting belongings from that night that were on the floor. Glasses, watches, a wallet … You receive the news that you lost someone, and then you receive the note that you need to go and pick up things. That’s another process.”

WHAT DID WIFE KNOW?

US media outlets, citing unnamed law enforcement officials, reported that Mateen’s wife Noor, who is 30, may have had prior knowledge of her husband’s plan and could face criminal charges.

CNN said on Wednesday that federal prosecutors planned to present evidence to a grand jury, including that she accompanied Mateen to the gun store and the club on what may have been a mission to plan the attack.

The woman claims she tried to talk her husband out of the attack and did not know of a specific plot, CNN said, citing unnamed law enforcement officials.

On Wednesday, authorities refused to comment on their discussions with her.

“With respect to the wife, I can tell you that is only one of many interviews we have done and will continue to do in this investigation,” Hopper said. “I cannot comment on the content or outcome of that investigation.”

Bentley added: “I’m not going to speculate today as to any charges that may be brought or indeed about whether any charges will be brought in this case. It is premature to do so.”