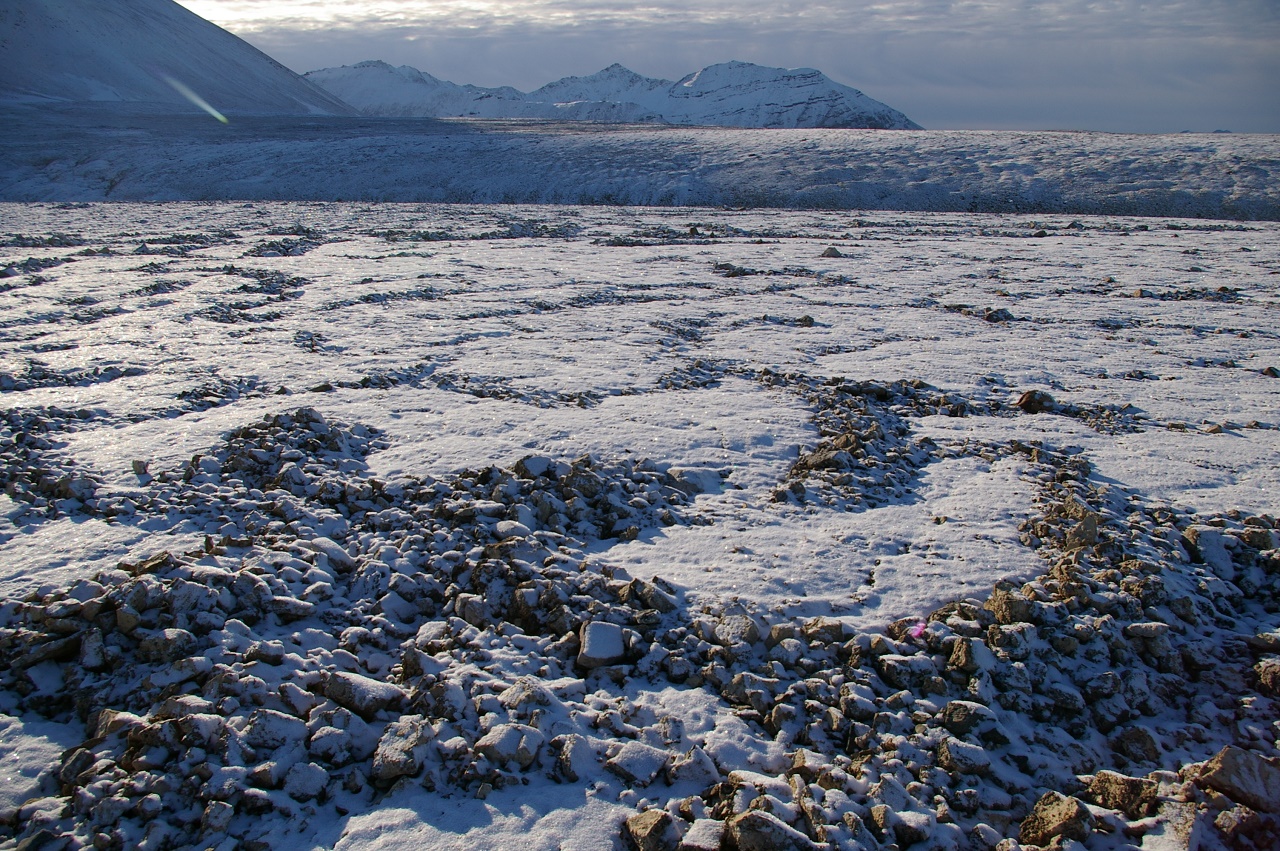 Carbon dioxide emissions from dry and oxygen-rich environments will likely strengthen the climate forcing impact of thawing permafrost on top of methane release from oxygen-poor wetlands in the Arctic, according to a study in Nature Climate Change.

The study, published today, was led by Northern Arizona University assistant research professor, Christina Schädel. One of her collaborators is Evan Kane, an assistant professor of soils at Michigan Technological University.

“Having the chance to be involved with such a large collaboration is important,” Kane said, adding that getting a more complete understanding of the impacts of thawing permafrost requires a lot of researchers. “With this study, we’re able to look at the complexity of the changing permafrost environments and offer more insight into how the carbon they hold will react as they thaw.”

Most of that carbon was in the form of carbon dioxide, mixed with a surprisingly small amount of methane–only 5 percent of the total anaerobic products. This means that even though methane packs 34 times the climate warming punch of carbon dioxide, the small quantity released relative to carbon dioxide in anaerobic conditions makes wet soils less of a concern than dry soils.

“Our results show that increasing temperatures have a large effect on carbon release from permafrost but that changes in soil moisture conditions have an even greater effect,” said Schädel. “We conclude that the permafrost carbon feedback will be stronger when a larger percentage of the permafrost zone undergoes thaw in a dry and oxygen-rich environment. ”

Scientists in the international Permafrost Carbon Network that Schädel co-leads with Northern Arizona University professor of ecosystem ecology, Ted Schuur, provided much of the data.

Kane helped provide data on how altered hydrology, specifically flooding and drought, affects organic matter decomposition. He and his team observed that the carbon dioxide to methane ratios were impacted by dry or wet soils, with carbon dioxide production favored in drying and variable scenarios. The initial findings, included in the new meta-analysis, were originally published in Soil Biology & Biogeochemistry.

As the permafrost thaws, microbes wake up and begin digesting the newly available remains of ancient plants and animals stored as carbon in the soil. This digestion produces either carbon dioxide or methane, depending on soil conditions. Scientists want to understand the ratio of carbon dioxide to methane gas released by this process because it affects the strength of the permafrost carbon feedback loop: greenhouse gases released due to thawing permafrost cause temperatures to rise, leading to even more thawing and carbon release. Furthermore, the Arctic permafrost is like a vast underground storage tank of carbon, holding almost twice as much as the atmosphere. At that scale, small changes in how the carbon is released will have big effects.

Schädel zeroed in on two factors: soil temperature and the availability of oxygen. Soils in the lab were incubated at a range of warmer temperatures projected for the future. The availability of oxygen is important because it determines how microbes digest carbon. Oxygen-rich, or aerobic, conditions are found in dry soils and produce carbon dioxide. Oxygen-poor, or anaerobic, conditions are found in wet soils and produce both carbon dioxide and methane. Lab incubations mimicked these two conditions.

Will wet or dry soils dominate the future Arctic permafrost zone? The answer to this question is a big unknown. Schädel’s work, however, will strengthen existing models of the permafrost ecosystem. Her work also highlights the need to monitor changes in wetness associated with permafrost thaw, changes that ultimately sculpt the topography of waterlogged depressions and dry uplands across the Arctic landscape.