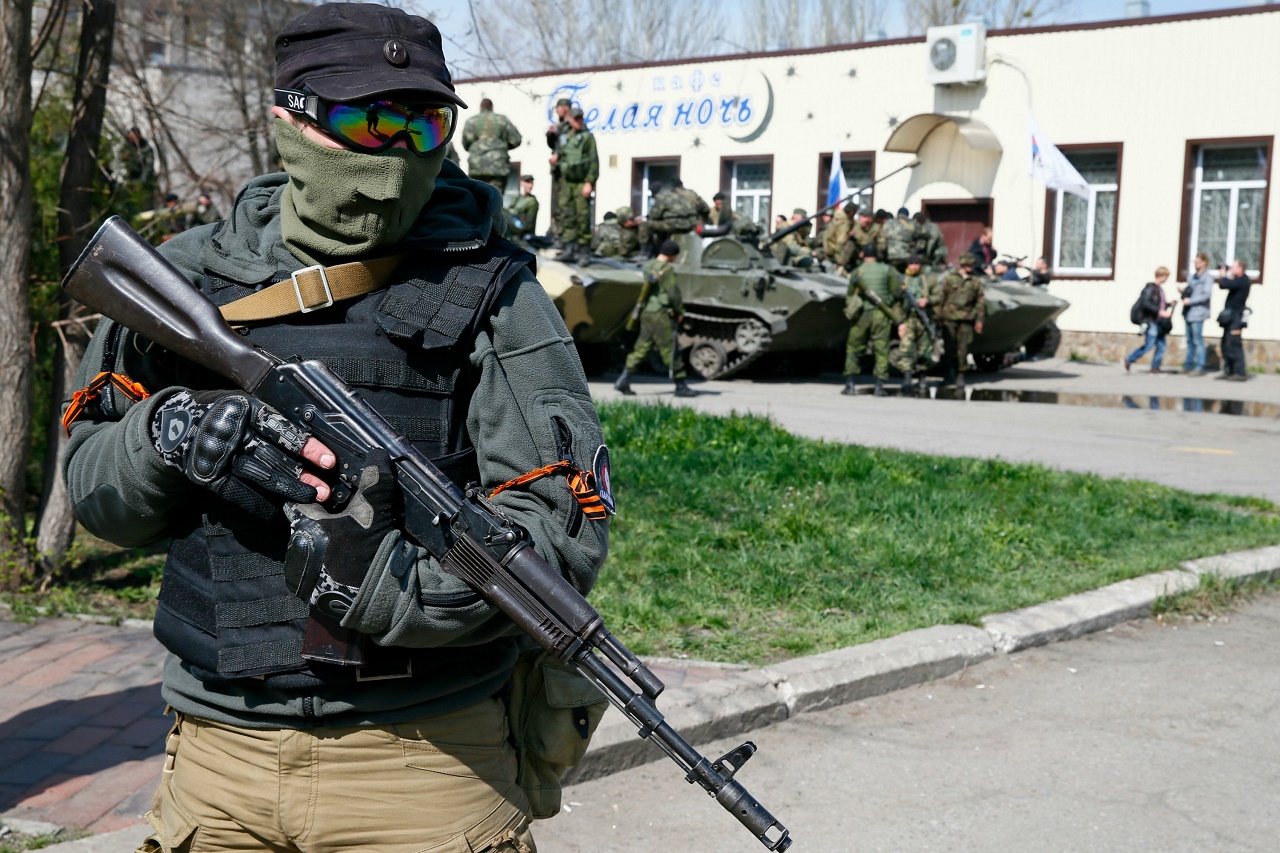 The artillery rumbles like a rolling late Spring storm. Small arms fire reaches a staccato, only to fall silent just as quickly. And hapless civilians on both sides of an arbitrary divide endure and suffer as the forgotten slow burner conflict in eastern Ukraine continues far from the headlines but embedded in the acute anxiety of European and U.S. policymakers.

The French Senate has called for a lifting of economic sanctions on Russia which were slapped on Moscow after Russia’s illegal annexation of Crimea two years ago. Now Military planners in NATO, are running a once unthinkable scenario of major multinational maneuvers aimed at very visibly reinforcing the vulnerable security of Poland and the Baltic states from Vladimir Putin’s political probing. Meantime the USA remains embroiled in a divisive presidential campaign where foreign policy remains more of a laugh line than a serious focus.

But along the cultural fault-lines which divide Ukraine’s eastern regions bordering Russia, the gritty industrial areas where language, customs and religion are profoundly linked to Moscow’s eastern embrace. The majority of Ukraine looks westwards towards Europe.

But it is no wonder that in a hyper-nationalist post Soviet polity, that President Putin would press to reintegrate the culturally Russian regions of Ukraine’s east, as well as Crimea. Moscow’s actions have produced justified fears in the Baltic states that they too may face an inevitable threat to their sovereignty more than 20 years since they broke free from the former Soviet Union.

There’s genuine reason for concern. According to the UN’s High Commissioner for Human Rights survey, “From mid-April 2014 to 15 May 2016, OHCHR recorded 30,903 casualties in the conflict area in eastern Ukraine, among Ukrainian armed forces, civilians and members of the armed groups. This includes 9,371 people killed and 21,532 injured.”

The report adds, “After two years, the situation in the east of Ukraine remains volatile and may develop into a ‘frozen conflict’, creating a protracted environment of insecurity and instability; escalate, with dire consequences for civilians living in the conflict- affected area; or move towards sustainable peace through the meaningful implementation of the Minsk Package of Measures. The stakes are high.”

The World Food Program (WFP) adds that “the two-yearlong conflict in eastern Ukraine has left 300,000 people severely food insecure and in need of immediate food assistance. ” It chastised the so-called The ‘Donetsk people’s republic’ and ‘Luhansk people’s republic’ denial of access to humanitarian agencies and resulting lack of protection.

The UN’s OHCHR states “Since the Maidan events in 2014, Ukrainians have gained greater freedom to exercise individual liberties, including their rights to freedoms of association, peaceful assembly and expression. The last two years have seen a notable increase in active civil society groups and volunteer engagement. ” That’s positive assessment of the period in which the corrupt and pro-Moscow administration in Kiev was toppled by mass pro-democracy demonstrations in the capital’s Maidan Square.

Yet the same events triggered a slow-burning conflict in which Russia has used its own troops as well as supported and armed unwieldy separatist militias to dismember Ukraine’s territory.

While openly criticizing both the Ukraine government and the Moscow backed separatist enclaves, the survey clearly states, “In the territories controlled by the armed groups, freedom of expression, including the ability to openly express dissenting views, remained severely restricted. ” Moreover the report adds that in Russian-annexed Crimea, “residents have witnessed a sharp deterioration of the human rights situation, including the imposition of a new legal framework restrictive of civil liberties, abductions and disappearances, the shutting down of opposition media outlets and the silencing of dissenting voices through the initiation of repressive measures, including abusive criminal proceedings, targeting mainly pro- Ukrainian activists and Crimean Tatar institutions.”

“Russia’s invasion of sovereign Ukrainian territory, first in Crimea, then in eastern Ukraine, shattered any remaining illusions about the Kremlin’s willingness to abide by international law or live by the rules of the institutions that Russia joined at the end of the Cold War.”

As Vladimir Putin approaches parliamentary elections in the Summer, one wonders if he will make the hyper-nationalist gamble to turn up the heat in eastern Ukraine? Although relatively weak petroleum prices have put a damper on Russia’s political maneuverability, an uptick in the oil price combined with European indifference and American detachment, could allow for Moscow’s mischief if not wider malevolent moves.