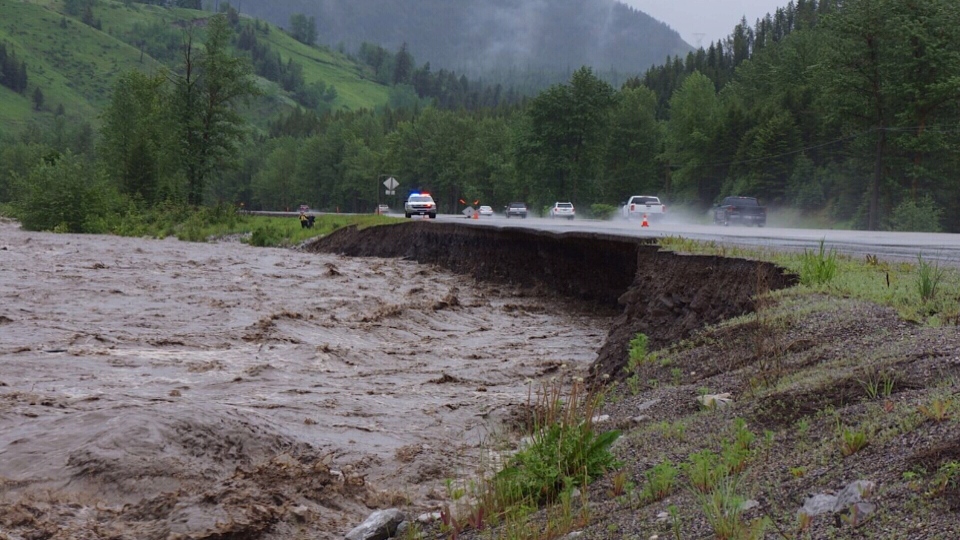 A series of “unusual” landslides that have released massive amounts of toxic sludge into British Columbia’s Peace River are suspected to have been caused by fracking operations in the area.

Thanks to these fracking operations,plumes of toxic waste containing heavy metals including lead, arsenic, cadmium, lithium and barium, have made their way into the environment. These toxins have killed all of the fish along several kilometers of Brenot and Lynx creeks, which are located just downstream of the community of Hudson’s Hope.

The landslides began two years ago and “show no signs of stopping,” according to Desmog Canada. Experts and concerned locals are looking for answers regarding what is causing the landslides and why they are continuing to occur:

“No definitive cause has yet been identified to explain what caused the Brenot Creek landslides. But one possibility is that they were triggered or exacerbated by natural gas industry fracking operations, in which immense amounts of water are pressure-pumped deep underground with enough force to cause earthquakes. Fracking is known to cause unanticipated cracks or fractures in underground rock formations, allowing contaminated water, natural gas, oil and other constituents to move vast distances undetected.

“Such brute-force operations happened frequently in the years immediately before the first slides were noted at Brenot creek in August 2014.

“Between July 2010 and March 2013, a dozen earthquakes ranging between 1.6 and 3.4 in magnitude occurred in the Farrell Creek fracking zone, about eight kilometres away from Lynx and Brenot creeks.”

Although there may not yet be definitive proof that the landslides and contamination were caused by fracking, the evidence strongly suggests a link.

By the time the last of the 12 earthquakes occurred, the provincial energy industry regulator – the Oil and Gas Commission (OGC) – had already been concerned about “events” in the Farrell Creek fracking zone.

The industry itself has admitted that it had spilled contaminants in the area – the same ones found in the creeks where the fish kills occurred:

“By the time of that earthquake, Talisman Energy, the biggest natural gas company then operating at Farrell Creek, knew that wastewater was disappearing below one of four massive ‘retention ponds’ that it had built to store millions of litres of highly contaminated water from its fracking operations…

“Among the toxic substances found in water samples collected from groundwater sources underneath Talisman’s faulty storage pits were arsenic, barium, cadmium, lithium and lead, the same hazardous compounds that are found in the billions of fine sediments that continue to turn the waters of Brenot and Lynx creeks a muddy brown and enter the fish-bearing Peace River.”

Of even greater concern is what may happen when a new hydroelectric dam project is completed, which will involve the flooding of an area that includes the contaminated creeks. It is believed that the flooding associated with the Site C dam project could trigger as many as 4,000 landslides in the area, and that worries Hudson’s Hope mayor, Gwen Johansson.

“If this much damage can result from tiny Brenot Creek, what happens to the reservoir if we get thousands more landslides?” asked Johansson.

The health and environmental dangers associated with fracking are enormous and (as is the case with Big Pharma and Big Agriculture) the regulatory agencies involved are often more interested in protecting industry interests than those of the public.

“Natural gas production from Peace River country now represents the largest source of revenue for the government of British Columbia (as much as $4 billion some years) and is regulated by the Oil and Gas Commission. The OGC, described by Peace River farmers and ranchers as more a facilitator than a regulator, is 100 per cent funded by industry levies.“

In several countries fracking has already been banned, but despite growing concerns among scientific experts and citizens, both the United States and Canada continue to permit fracking in most areas. In the U.S., only Vermont and New York State have instituted statewide fracking bans.

It’s time for citizens to unite and collectively fight against the fracking industry before we poison any more of our precious water supplies with toxic waste that will be around for centuries to come.