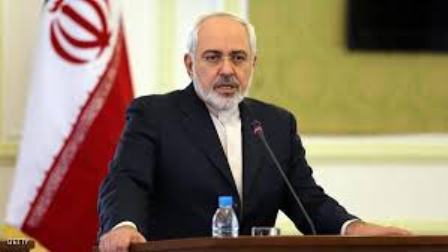 Economy of Resistance not equivalent to cutting ties with world

Addressing a gathering of Iranians living in Norway on Monday (June 13), he said Iranians living in foreign countries truly represent their homeland and function as a bridge connecting their motherland and the land they are presently living in.

He said Economy of Resistance was in its essence built on policies which looked inward but sought outward reflections.

He said all Iranian expatriates living abroad, regardless of their political, ethnic affiliations, represent the rich culture of Iran.

The foreign minister believed the best instrument for enhancing dialogue among civilizations is to encourage mutual understanding among people who retain their cultural and personal identity and use it to interact with the country which is hosting them.

He said thanks to the rich culture of the Iranian nation, the country managed to achieve a remarkable result which the whole world acknowledges as a win-win game.

Zarif further highlighted the public resistance during eight years of war as well as bright participation in elections and great achievements of Iranian youth in different areas like nano-technology and said this very sense of massive contribution in social issues will help the nation overcome economic problems as well.

Zarif arrived in capital of Norway on Sunday evening.

In Oslo, the Iranian foreign minister is planned to meet with a number of top Norwegian officials .

After Norway, the Iranian foreign minister will embark on a visit to German capital, Berlin, on Wednesday to meet his German counterpart Frank-Walter Steinmeier.

He will also visit Paris too.

It is less than two weeks that Zarif has returned home from his four-nation tour to Europe .

Poland, Finland, Sweden and Latvia were the four countries to which Zarif had travelled recently.