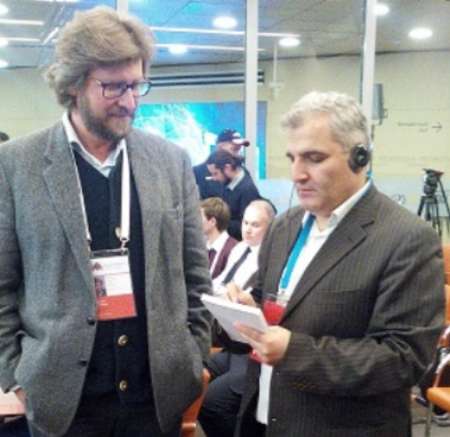 Chairman of the Presidium of the Council on Foreign and Defense Policy of Russia said here on Tuesday (June 14) that Moscow is looking for Tehran’s active role in the region and across the globe.

Talking to IRNA, Fyodor Lukyanov said following the removal of United Nation Security Council’s anti-Iran sanctions, Moscow believes that Iran should play an active role in the region or even in the world.

Lukyanov, who is also editor-in-Chief of Russia in Global Affairs, said the Joint Comprehensive Plan of Action (JCPOA) is among important issues in the upcoming US presidential election.

He added several American lobbies are looking for eliminating the agreement recently reached between Iran and P5+1.

Russia and Iran play a sensitive and pivotal role in the current situation, he said, reiterating that the two countries enjoy a common stance against US hegemonic behavior in the regional and international arenas.

Regarding the current regional developments, Lukyanov underscored that the
two countries have common attitude toward important regional issues including Syria, Iraq, Afghanistan, counter-terrorism and extremisms efforts.

He also called for Iran membership in the Eurasian Economic Union, adding the move would expand the Islamic Republic relations with Russia, Belarus, Kyrgyzstan, Khazakystan, Armenia and other members of the union.

Iran is an important part of Eurasia, he said, describing the absence of Tehran in that regional union as a shortage for that body.

‘Iran is a powerful country and should play a pivotal role in the region,’ he said.

Touching upon the removal of anti-Iran sanctions, he said Iran should also join the Shanghai Cooperation Organisation (SCO).