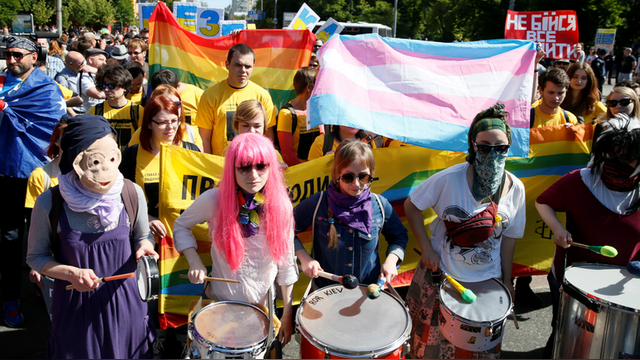 The number of murders of lesbian, gay, bisexual, transgender and queer people jumped 20 percent in the United States last year, activists said on Monday (June 13), releasing their findings a day after a mass shooting at a Florida gay nightclub left 49 people dead.

The violence in 2015 was the highest since 2012, according to the report by the National Coalition of Anti-Violence Programs (NCAVP).

It said 24 lesbian, gay, bisexual, transgender and queer (LGBTQ) people and people with HIV were murdered in the United States, a 20 percent increase from 2014.

The advocacy group released its findings a day ahead of their scheduled publication after the Orlando, Florida shooting, the worst mass murder in U.S. history.

A gunman killed 49 people at a gay nightclub called the Pulse early on Sunday morning. He was shot and killed by police who stormed the club with armoured cars after a three-hour siege.

Beverly Tillery, who heads the New York City Anti-Violence Project, which coordinates the NCAVP, called for public discussion on LGBTQ people and violence.

The NCAVP said it compiled its figures by monitoring media reports, through notifications from associated programs and from individual contributions.

Among the victims listed was Shade Schuler, a 22-year-old transgender woman found dead in a field in Dallas, Texas, the NCAVP report said.

Media and police listed Schuler as a man until local LGBTQ activists intervened to insure she was listed as a transgender woman, the NCAVP said.

The NCAVP said it has reported on violence for nearly 20 years.