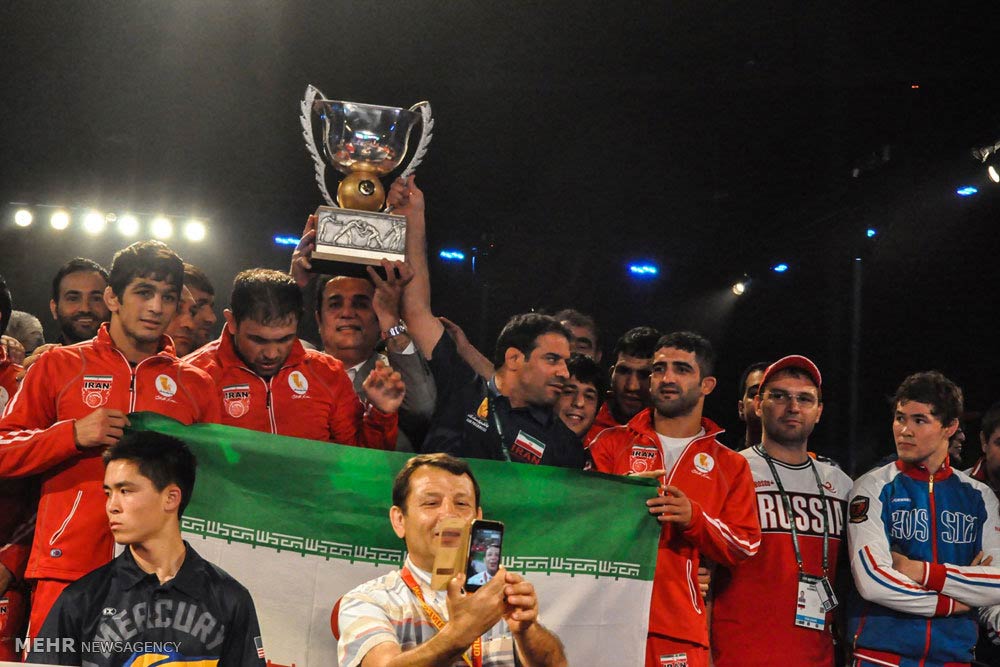 Iran’s national wrestling team has won the title of the 2016 Freestyle World Cup after defeating Russia’s outfit. Defending champion Iran defeated Russia 5-3 in Inglewood in the US city of Los Angeles late on Sunday (June 12).

A few hours before the final, the Iranian squad edged past the host United States in classification points (17-15) when the matches in the eight weight classes ended in a 4-4 draw.

Georgia finished in the third place after defeating the United States on criteria in the bronze-medal playoff that ended 4-4. Azerbaijan ended in the fifth place after downing Mongolia 5-3, and India stood in the seventh position after emerging victorious from its match with Turkey 4-3.

On Saturday, the Iranian wrestlers overpowered their Indian counterparts 8-0 after a 5-3 victory against the Azerbaijani team.

This year’s games, the last events leading into the Rio 2016 Olympics, kicked off on Saturday in two pools, with Georgia, Mongolia, Russia, and Turkey in Pool A and Azerbaijan, India, Iran, AND United States in Pool B.