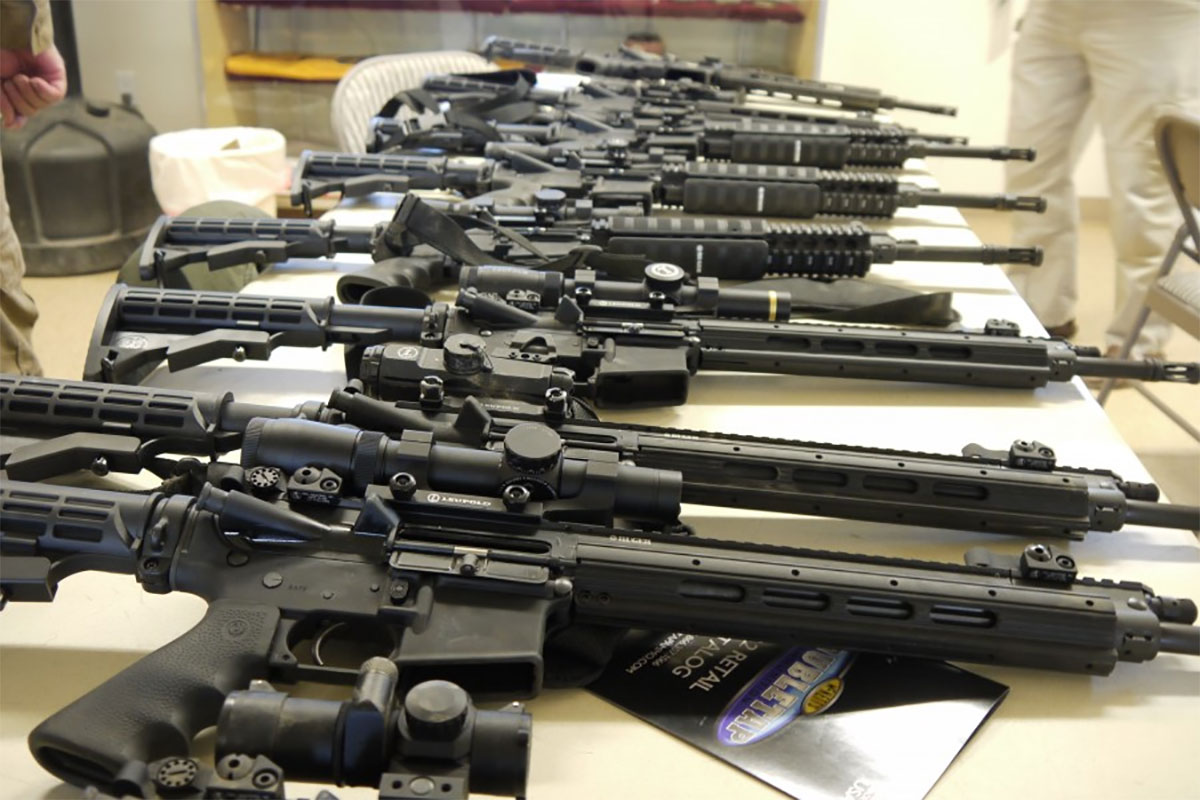 Germany became the third-largest arms exporter in the world in 2015, ranking below the United States and Russia, according to an annual defence industry report compiled by British publishing company IHS Jane’s.

Germany jumped from fifth place the previous year to third place in 2015 – eclipsing both France and Britain – with arms exports totalling just below 4.8 billion dollars, the report said.

The US and Russia retained their top spots, with arms exports worth just below 23 billion dollars and 7.4 billion dollars respectively, according to IHS Jane’s Global Defence Trade Report, which examines defence industry trends in 65 coutries.

Just short of a third (29 per cent) of German arms exports went to the Middle East and North Africa, with Saudi Arabia, Algeria, Egypt and Qatar at the top of the ranking of individual recipients.


The German public is traditionally wary of arms deals with countries outside of the country’s traditional alliances. Responsibility for overseeing arms deals lies with Germany’s Economics Minister, Sigmar Gabriel.

Despite assurances several years ago that his ministry would institute post-shipment controls to ensure weapons were being used as planned, Gabriel – vice chancellor to Angela Merkel – has come under fire for ramping up exports to countries such as Saudi Arabia.

The Global Defence Trade Report also found that in the equivalent ranking for 2016, Germany will drop below France, which it said has “revived its defence industry [due to a] spectacular back-to-back year of sales.”

In terms of weapons imports, Saudi Arabia, India and Australia took the three top spots in 2015, the report found. In 2016, meanwhile, Australia will be eclipsed by the United Arab Emirates, South Korea and Iraq.

Ben Moore, the author of the report, told dpa that increased investment by Saudi Arabia, Qatar and the United Arab Emirates in reconnaissance and surveillance technology may indicate a growing desire for independence from their long-term security partner, the US.

Moore added that several Gulf states and Egypt are also investing in precision-guided munition “in order to ensure support from the public by avoiding large numbers of civilian casualties.”