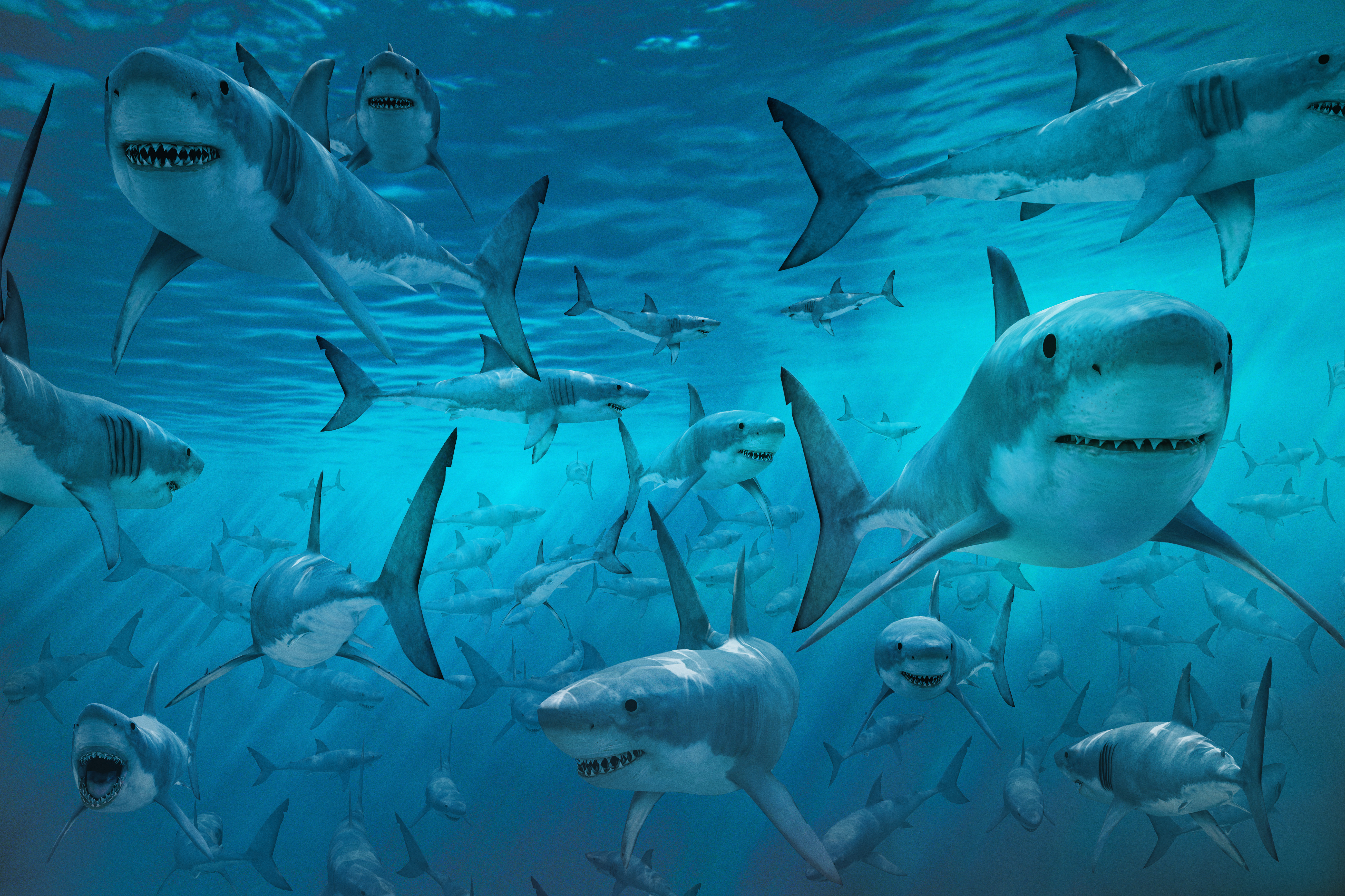 Scientists working for Murdoch University, the Wildlife Conservation Society, The Nature Conservancy, and other groups have good news about fishing closures established in Indonesia’s shark sanctuary: It’s good for sharks and other fish, all of which are more abundant within zones with fishing restrictions.

The bad news: People who rely on shark fishing for their livelihoods have few other options but to fish in unprotected areas when fishing closures are put in place. Fishers go as far as sometimes making ends meet with illegal practices. The study examines both the effects of fishing restrictions on sharks and the impacts of those changes on local community members who fish for a living.

The study, titled “Higher Abundance of Marine Predators and Changes in Fishers’ Behavior Following Spatial Protection within the World’s Biggest Shark Fishery,” appears in a recent edition of Frontiers in Marine Science. The authors of the study are: Vanessa Jaiteh of Murdoch University; Steve Lindfield of the Coral Reef Research Foundation; Sangeeta Mangubhai of The Nature Conservancy and the Wildlife Conservation Society; Carol Warren of Murdoch University; Ben Fitzpatrick of Oceanwise Australia; and Neil Loneragan of Murdoch University.

This is a grey reef shark. Scientists working for Murdoch University, the Wildlife Conservation Society, The Nature Conservancy, and other groups have found that fishing closures established in Indonesia’s shark sanctuary are good for sharks and other fish, but bad for people who rely on shark fishing for their livelihoods, who have few other options but to fish in unprotected areas when fishing closures are put in place and sometimes participate in illegal practices. Credit: Steve Lindfield

The study on the relationship between shark conservation efforts and the behavioral changes in people after fishing closures are implemented is an important one for Indonesia, which is both a center of enormous marine diversity and the largest contributor to the international trade in shark fins.

“Sharks are apex predators that play a huge role in maintaining ecological balance in the region’s marine ecosystems,” said Dr. Sangeeta Mangubhai of the Wildlife Conservation Society and the Nature Conservancy, one of the co-authors on the study. “Protecting shark populations from overfishing is not merely a matter of establishing marine protected areas. Such measures also require considerations of increased fishing effort in unprotected areas and how to provide more livelihood opportunities for people who depend on marine resources.”

Vanessa Jaiteh examined the impact of no-take zones on both sharks and people inside a recently established shark sanctuary along the coastal area of Raja Ampat, Indonesia as part of her PhD. Working with local scientists from The Nature Conservancy, she measured the abundance of sharks and other fishes within two no-take zones (where fishing was prohibited) and one open access zone where fishing for sharks and other species continued unabated. The no-take zones were established by Misool Eco Resort in partnership with local communities with traditional land and sea rights to the area. Predictably, abundance levels for all fishes–mackerels, tunas, snappers, groupers, and sharks–were much higher in the no-take zones when compared to the open access area. Governance within both the no-take zones and open access zone was found to be the number one determinant of higher numbers of sharks in the areas studied.

The second phase of the study–an examination of perceptions and behavioral changes in individuals from coastal communities–revealed that most people living outside of Raja Ampat, but traveling to fish in this regency, were unsure of why sharks were being protected. In interviews conducted with people simultaneously with field surveys on sharks and fish, respondents felt that government agencies were not considering their dependence on fishing for existence. Also, participants in the survey indicated that fishing closures not only forced them to shift their activities to unprotected areas, but also prompted some to engage in illicit activities such as the trafficking of illegal petrol.

“In some areas, ecotourism centered on sharks and coral reefs actually provides a livelihood alternative to fishing,” stated Jaiteh. “However, we now realize that it also may be shifting fishing pressure to other areas and promoting illegal activity. Only a multi-dimensional effort focused on both protection of sharks and livelihood security will achieve sustainable results, with benefits to both overharvested marine life and coastal fishing communities.”