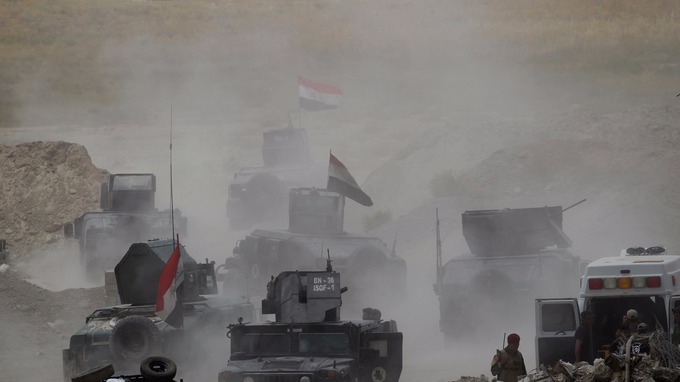 Iraq: At least 30 killed in Islamic State attack in Fallujah

At least 30 people were killed after Islamic State (IS) militants fired at civilians trying to flee the Iraqi city of Fallujah.

Most of the casualties were women and children who were trying to escape the IS-held city to reach the Amiriyat Al-Fallujah refugee camp, an Iraqi military spokesman told NBC News.

“ISIS militants told men that if they want to leave the town, they are free to do that under one condition – not to take their families with them, and if they tried to do so they would kill them,” the source told the broadcaster.

“We found out that ISIS militants who are from Fallujah got their families out of the town, they sent them with some other families who are not affiliated with ISIS. Now, they are not allowing civilians [to leave] the town.”

Up to 40,000 civilians are believed to be trapped in Fallujah, which has been held by IS for more than two years.

The Iraqi military launched an offensive to recapture the city in May.