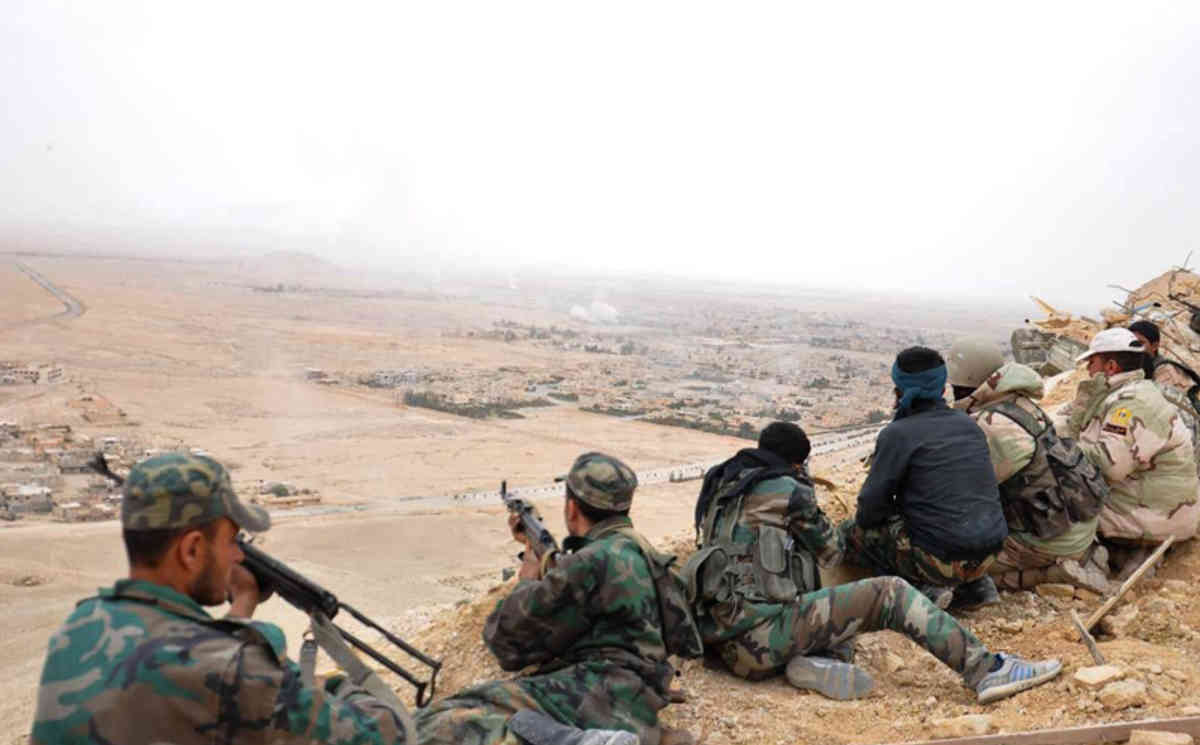 The Syrian Army troops, backed up by massive Russian air support, won another battle against the ISIS and entered the strategic al-Rasafeh triangle only 25 kilometers away form al-Tabaqa airbase in Western Raqqa.

The Syrian soldiers and navy commandoes launched a fresh round of joint offensives against the ISIS strongholds in al-Rasafeh desert from two directions of al-Nabaj and al-Harbiyat and entered al-Rasafeh triangle.

ISIS left behind at least 45 dead or wounded members and fled the battlefield.

In relevant developments on Friday (June 10), over 50 ISIS terrorists were killed and many more were wounded in the Syrian airstrikes on a long convoy of the terrorist group’s military vehicles in Eastern Homs that was heading towards Wester Raqqa.

The Syrian army aircraft tracked and targeted a column of the ISIS vehicles and motorcycles and destroyed the entire convoy near the desert town of al-Sukhnah.

The ISIS convoy consisted of 15 motorcycles with 2 fighters on each bike and a further five Toyota cars full of ISIS militants.