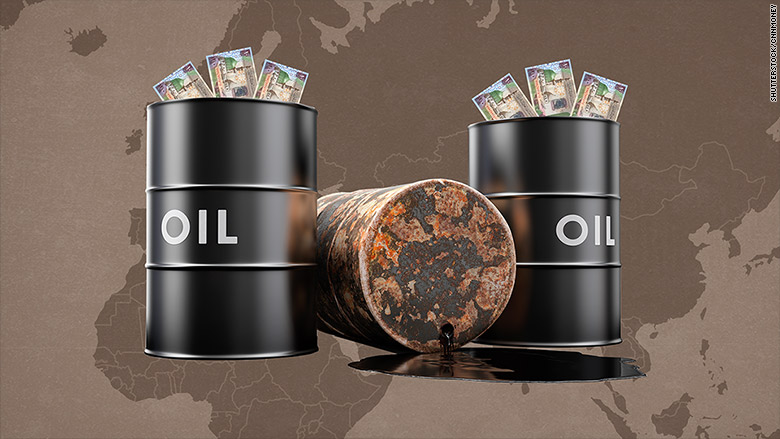 Saudi Arabia is banking on using the low oil price environment to advance major economic reforms. At Davos earlier this year, Khalid al-Falih, Saudi Arabia’s then-health minister and now oil minister, stated that oil below USD 30 per barrel could help boost reforms and restructure the economy, making the government more efficient and encouraging the development of the private sector. He declared, “Those transitions sometimes take years, sometimes decades. The current low oil prices will give us an impetus to accelerate this”. Moreover, the kingdom’s leadership believes it can ride the wave of nationalism amid regional turmoil to obtain greater public support for the reforms, including decreases in state entitlements, without making any major political concessions.

The new Saudi Vision 2030 plan, announced in April, includes societal, governance, and economic long-term goals. Indeed, the goals are lofty. The economic reforms call for a shift from government expenditure to the private sector as the main source of growth, diversification away from oil, privatization, and increased local and foreign investment. The plan includes specific targets such as expanding the size of the private sector from 45 to 60 percent of gross domestic product; increasing non-oil exports to 50 percent of GDP by 2030; localizing over 50 percent of military spending by 2030; and reducing Saudi unemployment from 11.6 percent to 7 percent by 2030. As part of the plan, five percent of Aramco is to be listed on the Saudi market by 2018 and the proceeds from the sale are to be put into the Private Investment Fund (PIF) to establish a USD 2 trillion sovereign wealth fund, the largest worldwide.

The IMF has tagged this plan as “bold and far reaching”, yet there are several questions worth raising. From an economic standpoint, is this plan realistic? What are the political implications? How does Saudi Vision 2030 fit in with the overall policy tenor of the regime since King Salman’s accession?

The difficulty in evaluating the plan stems from the fact that details are scarce. Until executive programs describing implementation procedures are published, it is hard to view the program as more than a somewhat outlandish, aspirational vision. This perception is bolstered by statements such as Mohammed bin Salman’s: “I think in 2020 we can live without oil.” Although the general premise of the need to diversify the economy is sound, it is nothing new, and it is unclear why this plan will succeed where previous diversification efforts (as after the oil price drop in the 1980s) have failed — especially when the kingdom is operating under the same constraints as before, that is, an economy structurally dependent on the state, including the private sector.

Such structural dependency hinders the switch from a public sector-driven economy to a market-driven one. Already, the slowdown in awarding projects and payments is impacting companies that depend on government contracts and are now falling behind in paying salaries. In addition, a significant emphasis is being placed on income from investment of the PIF. According to Deputy Crown Prince Mohammed bin Salman, “The objective is to diversify income and make investments the source of Saudi government revenue, not oil.” But rents from income are likely to be as volatile as those from oil and will have little bearing on diversification or the unemployment situation.

Other key sectors targeted for growth – mining, defense manufacturing – are not likely to employ many Saudis, at least not until the human capital development targets have been achieved. As far as foreign direct investment, it remains to be seen whether and when the kingdom will put in place the regulatory and legal framework required to attract such investment.

In any case, the economic feasibility of the program is necessarily linked to its political viability. In this sense, the Al Saud rulers might be overestimating the leeway they have to carry out economic changes without a political corollary. For example, Mohammed bin Salman stated, “We are talking about taxes or fees that are supported by the citizens.” Although cuts to subsidies have so far been better received than expected, as Steffen Hertog has pointed out, nationalistic appeals are unlikely to hold sway if core entitlements are cut back. State employment is likely to be a red line. Fear derived from the surrounding regional instability might have made it easier to impose cuts, but there are limits to the measures that can be implemented without inciting demands for greater political participation. One of the executive programs linked to implementation of the Vision is the ‘Program for Strengthening Public Sector Governance’ which will apparently “ensure flexible restructuring of government agencies, and will eliminate redundant roles…” The specifics of the program are unknown but touting the kingdom’s unique social values and national identity, or implementing populist measures such as curtailing the powers of the religious police or establishing a Committee for Entertainment, will hardly be sufficient to appease the population if cuts are made to public employment. True economic reform, if it is to be more than a mere tinkering at the margins, will require dealing with the outsized state employment. But this cannot be done without triggering demands for greater political participation.

Additionally, it will be important to monitor how competing interests within the royal family and the balance between the Al Saud rulers and the Wahhabi establishment are handled. Mohammed bin Salman has likely already stepped on many toes and his vision of a smaller government and a more private-sector-oriented, meritocratic system will impact the business interests of the ruling family and related mercantile elite. Plans for selling part of Aramco and the related publication of accounts will also probably affect the system of distributing handouts among the expansive royal family. How will they respond? The religious establishment is also likely to resent any encroachments on its traditional purviews of control, such as education. The plan’s emphasis on Human Capital Development as the basis of a new thriving private sector implies changes to education based on the skills and knowledge required by the economic sectors that aim to be developed. It is probable that the religious establishment will fiercely contest related changes, such as cuts to religious education or increasing women’s participation in the labor force.

A final aspect to address is how the plan fits in with other regime policies. The governance theme of the Vision calls for the central government to become efficient, responsible and accountable. Such calls contrast significantly with the way things have been run since King Salman’s accession to power in early 2015 — that is, the centralization of just about all aspects of policy making in the hands of the Deputy Crown Prince and the, if not irresponsible, at least unpredictable and brash, tenor of his policies. There seems to be a somewhat schizophrenic divide between the application of a technocratic, measured approach to economic policy and the more ‘visceral’ approach to foreign policy, almost exclusively driven by Mohammed bin Salman’s force of will. In this sense, as Susan Maloney has pointed out, it is Riyadh that is viewed as the regional wild card today, in contrast to the 1980s, when it was Iran that was viewed as the ideological, confrontational actor. The one policy area where the two approaches might come together is in oil policy, where the removal of veteran oil minister al-Naimi, could lead to a new willingness to mix politics and oil. At the margins of the latest OPEC meeting Al-Falih stated that post Aramco IPO the government would continue to make decisions on production and capacity. Although the new oil minister is also the product of a technocratic Aramco background, he is beholden to the Deputy Crown Prince, who has already expounded his willingness to increase output to more than 11m barrels a day if it will hurt Iran.

Mohammed bin Salman seems to think that a technocratic approach can be used to reform the economy while skirting the messy political implications. He also seems to believe that he can push for accountability and transparency while holding all the reins of power and governing by unilateral decree. Somehow it seems unlikely that he can have his cake and eat it too.