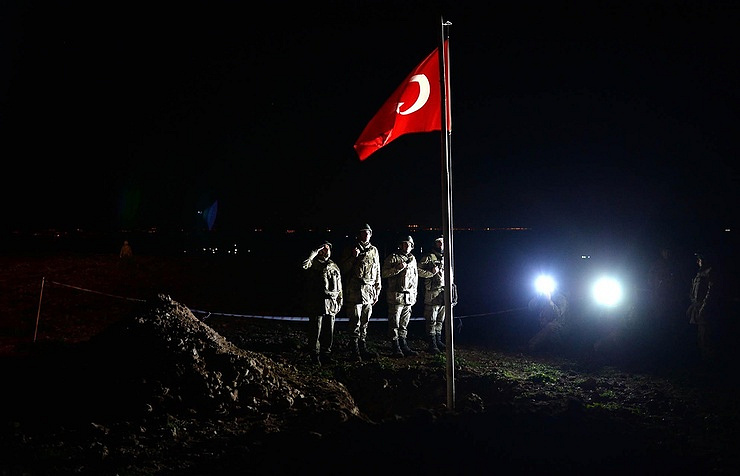 The diplomat said the situation in Syria still remains tense, adding that: “Provocations are continuing, and sometimes very serious ones.” “They are aimed against the ceasefire regime.”

The Jabhat al-Nusra terrorists have launched another offensive against the positions of Syria’s government forces to the north and south of Aleppo, the diplomat reminded. The goal is to surround a part of the city that is under control of the Syrian government.

“According to mass media reports, up to 2,000 Jihadists are taking part in the fighting,” Zakharova said. “Journalists say Turkey’s military advisers are commanding them.”

The diplomat said an intensive traffic of trucks with armed guards have been spotted in the city. “They are carrying weapons and ammunition in the north of provinces of Aleppo and Idlib from the side of the border,” she said. “This looks like another stab in the back of the Syrian army.”

Militants near Aleppo have no shortage of ammunition

According to a Russian representative of the Center for Reconciliation of the Opposing Parties in Syria frequent attacks and mortar shelling show that militants around Aleppo have no shortage of ammunition.

“Militants from the Jebhat al-Nusra terrorist group and the Ahrar al-Sham armed units continue attacking the positions of government troops and people’s militia in Sheikh Maqsood, a Kurdish populated neighborhood in Aleppo. The frequent attacks and mortar shelling show that terrorists have no shortage of ammunition and have a possibility to supply them with arms and ammunition,” the Russian representative said.

Fierce fighting with the use of armored vehicles has been under way in Syria’s Aleppo province over the past several days.