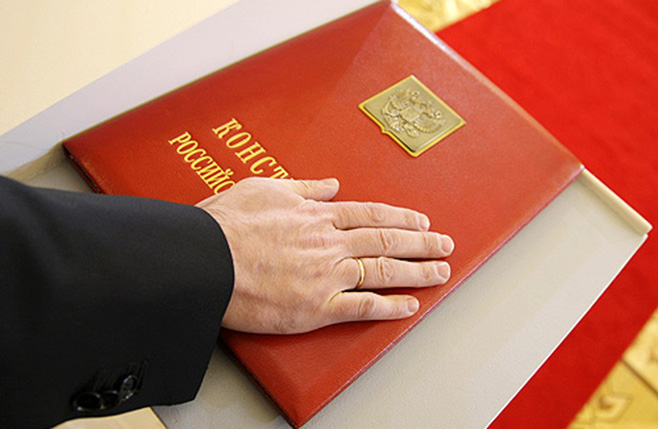 All Russian officials are to swear an oath as part of taking office, Minister of Labour and Social Development Maxim Topilin announced Friday(June 10),the RIA Novosti news agency reported.

The new oath was ordered by Russian President Vladimir Putin after a series of anti-corruption meetings held in February, according to Topilin.

Serving officials will also be required to swear the oath when it comes into force.

Details of the oath are still not known, though it is assumed it will include a promise to serve the public interest, to fight corruption, to avoid self-interest and comply with the Constitution, RIA Novosti reported. Violations will be punished by disciplinary action.

Oaths are already taken by members of the Russian judiciary and are usually sworn on the Constitution.