Home » Politics » Merkel says Russia sanctions no end in themselves, but implementing peace deal is key 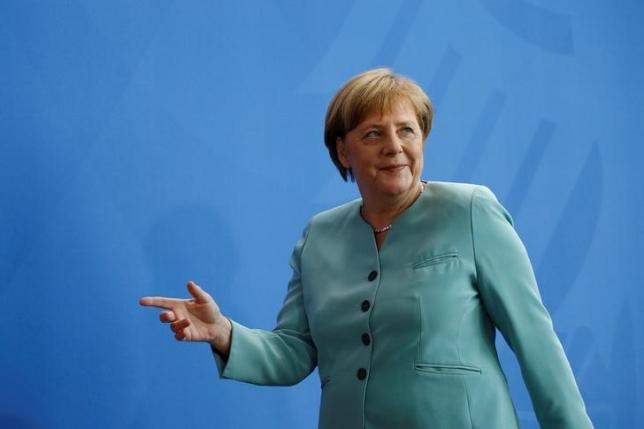 Merkel says Russia sanctions no end in themselves, but implementing peace deal is key

German Chancellor Angela Merkel said on Friday (June 10) that sanctions imposed against Russia over the Ukraine crisis were not an end in themselves and that implementation of the Minsk peace agreement was key to getting them lifted.

Merkel also said that in the long term, the European Union should aim for a common economic zone with Moscow which would extend from Russia’s Pacific port of Vladivostok to Lisbon.

“We should move gradually towards this goal,” she said, speaking at a corporate event.