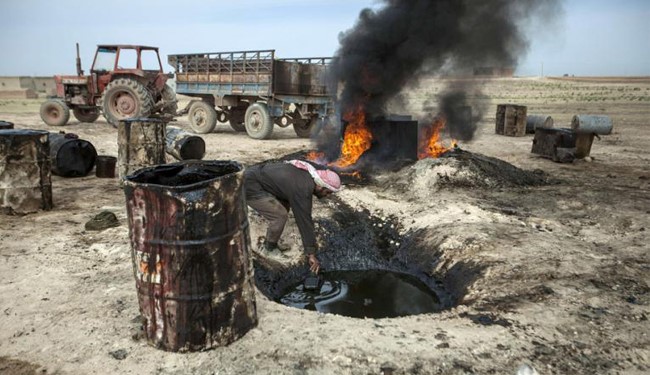 Terrorist threats in Syria are not seen by Russia as any “normal” issue which could be ignored, and Russian officials are constantly announcing that their country is ready to fight off any terrorist action in Syria, Libya and Iraq. So why can’t Russia ignore terrorist threats in these countries?

The latest announcement on this issue came by the Russian Defense Minister Sergey Shoigu, who announced today that “Moscow cannot ignore terrorist threats coming from Syria, Libya, Iraq, and other countries.

“While understanding today’s threats we cannot but talk about them. This is international terrorism that cannot but concern all of us, especially when we are in the regions close to Afghanistan,” Shoigu told Turkmen President Gurbanguly Berdimuhamedow.

He also said that “What is happening today in Syria, Libya, Iraq is of course those threats that we cannot ignore,” adding “Of course, we should pay the most serious attention to them. This is in fact what Russia is doing.”

Shoigu also informed the president of Turkmenistan about the details of a military operation carried out by Russia in Syria.

On Tuesday the 7th of June, the top diplomats of Russia and the United States, Sergey Lavrov and John Kerry, during a phone conversation continued coordination of approaches of the two countries in the fight against the “Islamic State” and “Jabhat al-Nusra” terrorist organizations in Syria, the Russian Foreign Ministry said in a statement.

The conversation occurred on the initiative of the American side. Over the past week, that was the third phone conversation of Lavrov and Kerry dedicated to Syrian problems and the fight against terrorism.

Most important oil fields in Libya:

List of oil fields in Libya claimed by ISIL

Here is a list of the most important oil fields in Iraq: