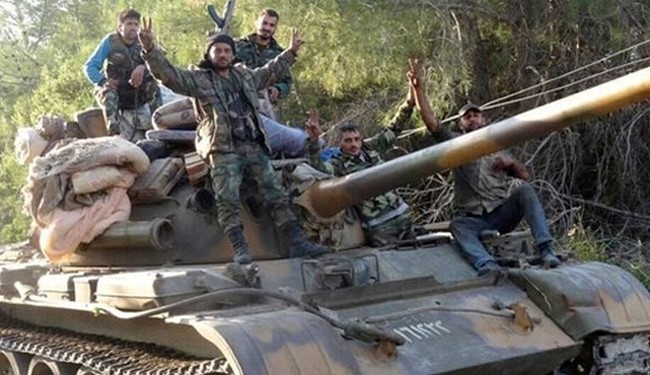 The Syrian army and popular forces launched an offensive against the terrorists in Darayya region in the Eastern parts of Damascus, and took control of new areas.

According to field sources, the army could win back control over a number of blocks and houses in the Southern parts of Darayya in Eastern Ghouta.

The victory was gained after severe clashes with militants which killed tens of them and injured others, the sources added.

In a relevant development on Monday, the Syrian Army troops discovered and destroyed a network of nine tunnels connecting farms to villages in Eastern Ghouta.

The Syrian soldiers destroyed nine tunnels which connected Bala Farms to the villages of al-Mohammadiyeh and Beit Na’eem.

Several militants were killed or wounded and a large volume of the militants’ arms and ammunition were also exploded in destruction of the tunnels.

Reports said earlier this week that the Syrian soldiers and popular forces struck the gatherings and concentration centers of the al-Qaeda-affiliated al-Nusra Front in Western Ghouta, inflicting major losses on the militants.

The Syrian government forces targeted positions of al-Nusra near the villages of al-Maqrousa and Harfa, which ended in the killing or wounding of several militants and destruction of their military equipment, including machineguns.