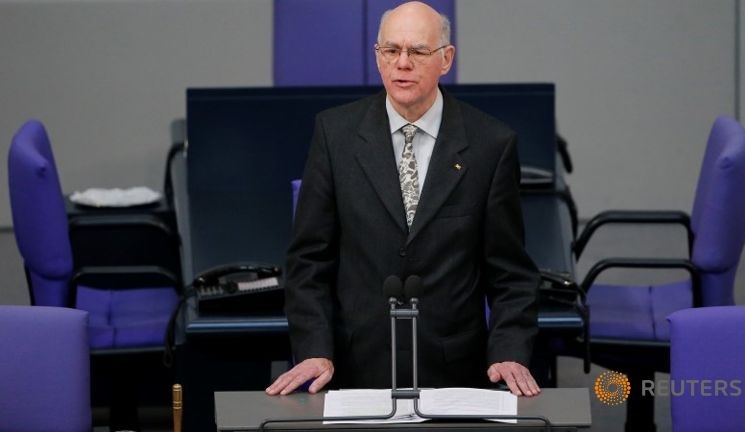 The president of Germany’s parliament condemned threats against German lawmakers of Turkish origin after the Bundestag last week passed a resolution declaring the 1915 massacre of Armenians by Ottoman forces a genocide.

Ankara rejects the idea that the killings of Christian Armenians during World War One amounted to a genocide. Following the resolution there have been death threats and verbal attacks against German politicians with Turkish roots.

Turkish President Tayyip Erdogan has said German lawmakers of Turkish origin who voted for the resolution have tainted blood and that their blood must be tested in a lab.

“Every person that tries to put pressure on individual lawmakers with threats must know they are attacking the entire parliament,” Norbert Lammert said to loud applause as he opened the parliamentary session on Thursday.

Lammert said he was shocked that threats against the parliamentarians had been backed by high-ranking politicians, and said parliament would respond with all legal options.

Last week’s resolution has triggered a Turkish outcry. On Thursday, Turkey’s economy minister said it threatened the friendship between the two countries, but he stopped short of detailing specific retaliatory measures.

Merkel has dismissed Turkey’s reaction as “incomprehensible” and Germany invited a senior Turkish diplomat to the Foreign Ministry on Tuesday to discuss Ankara’s response.

“Members of parliaments that take positions within their mandates, irrespective of differences of opinion should under no circumstances be linked to terrorists,” Schulz said in a letter to Erdogan.