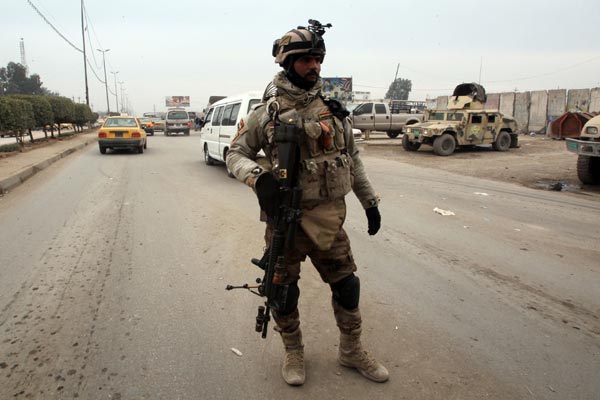 A suicide car bomb attack near a military base north of Baghdad and another blast near a market in the Iraqi capital killed at least nine people Thursday (June 9), police said.

The attack by a bus station in Taji, a town just north of Baghdad that is home to one of Iraq’s largest military bases, killed at least five people and wounded 12, a police colonel said.

A Baghdad health official confirmed the casualty tolls but warned they could rise.

There was no immediate claim for the blasts but the Islamic State group has claimed responsibility for nearly all such attacks in recent months.

Under heavy pressure on the battlefield, the jihadist organisation has struck back with bloody attacks in Baghdad.

The deadliest spate of bombings to hit the capital this year was in May when three attacks on the same day, including a devastating blast in Sadr City, killed close to 100 people.