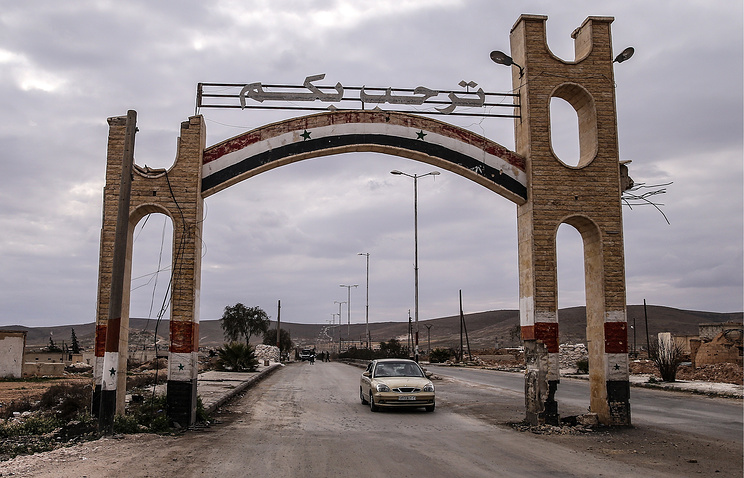 Over 160 gunmen heading for Aleppo area through Turkish border

The Russian Center for reconciliation of the warring parties in Syria has registered the movement of more than 160 Jabhat al-Nusra militants across the Turkish-Syrian border, the center’s spokesman told TASS on Wednesday(June 8).

“We have registered the movement of more than 160 Jabhat al-Nusra militants across the Turkish-Syrian border. The armed group crossed the border in northern Idlib province with a view to reinforcing terrorist groups operating in the Aleppo area,” he said.

A spokesman for the Russian center said earlier on Wednesday that Jabhat al-Nusra gunmen had intensified fire attacks on Aleppo, with dozens killed and hundreds wounded. In the morning, militants began mortar attacks on Sheikh Maqsood neighborhood in the same province during the morning prayer. Later the reconciliation center spokesman said that the gunmen continue mortar attacks on Syrian army positions in Ansar populated locality on the southern outskirts of Aleppo.

In recent days, the province has been the scene of fierce fighting with the use of armored vehicles. The Russian reconciliation center noted that the gunmen took the advantage of the cessation of hostilities and the immediate proximity to the areas controlled by the “moderate opposition” to regroup their forces and replenish arms and ammunition.