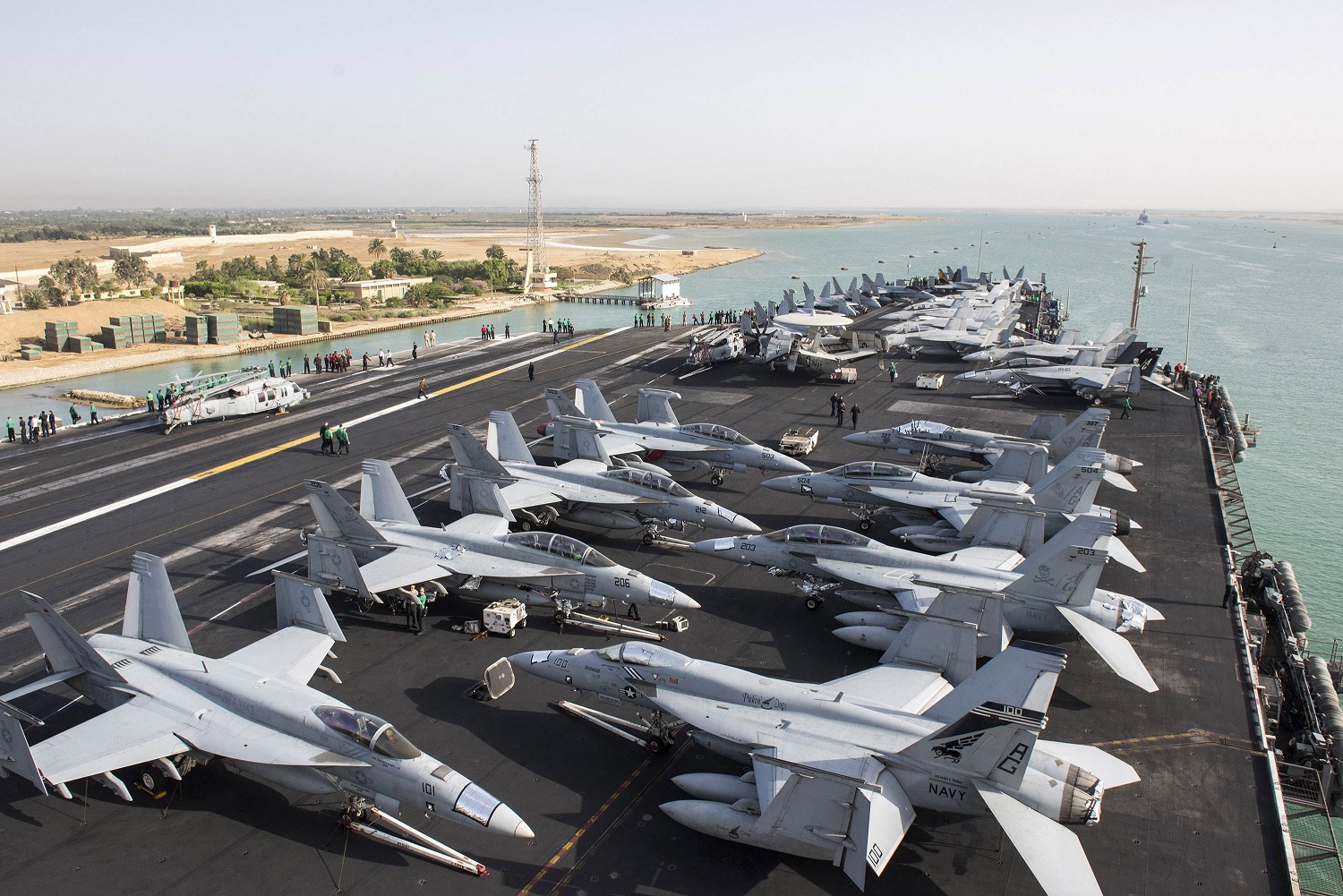 US Navy boosts presence in Mediterranean ahead of NATO summit

The U.S. military will have two aircraft carriers in the Mediterranean Sea this month ahead of a NATO summit in Warsaw, as Washington seeks to balance Russia’s military activities and accelerate its fight against Islamic State.

The USS Harry S. Truman aircraft carrier will hand off to the USS Dwight D. Eisenhower when it arrives en route to the Gulf, allowing the Truman to head back to the United States after an extended eight-month deployment, Navy officials on board the Truman said.

The events are likely to raise tensions with Russia, which U.S. officials say is operating warships and submarines in the Mediterranean and plans its own exercises in coming weeks.

“The extension of Truman and movement into the European Command theatre, plus the overlap with the Eisenhower Carrier Strike Group enables the continued degradation of ISIL and a host of operational benefits,” said Captain Danny Hernandez, spokesman for U.S. European Command, referring to the Islamic State militant group.

He said the overlapping carrier deployments were also intended to enable missions such as Operation Atlantic Resolve, aimed at reassuring U.S. allies in Europe after Russia’s annexation of Crimea.

The Truman has used the 72 warplanes on board to drop more than 1,460 smart bombs and pamphlets on Islamic State targets in Iraq and Syria since last December, when it arrived in the Gulf. Navy officers said the air strikes were closely coordinated with U.S.-backed forces on the ground.

Islamic State has lost 45 percent of its territory in Iraq and its oil revenues have been halved in Syria, said Rear Admiral Bret Batchelder, commander of the Truman strike group.

Lieutenant Peter Shultis, who pilots one of the ship’s EA-18G electronic attack planes, said his team had also seen a decline in voice traffic by Islamic State, but gave no details.

Captain Ryan Scholl, commanding officer of the Truman, said there had been no interactions with Russian warships and U.S. and Russian pilots were largely abiding by the rules of engagement for air operations aimed at avoiding the potential for miscalculation.