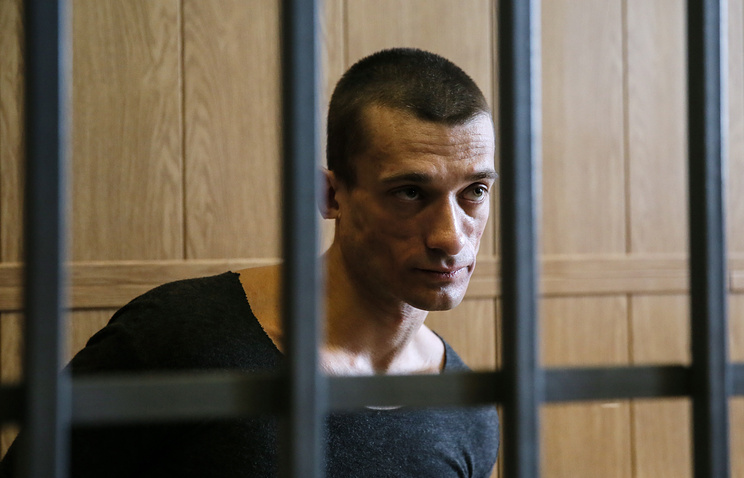 The court currently continues reading out the verdict.

During the court proceedings, the prosecutor requested the court to fine the defendant 1.5 million rubles ($23,000) and grant the FSB’s civil claim worth 481,000 rubles ($7,400) to compensate for the damage done. In the opinion of the state prosecutor, the defendant’s guilt of damaging a cultural heritage item was fully proved.

Pavlensky has insisted that the charges should be reformulated as “terrorism.” At the same time, his lawyers are requesting an acquittal verdict, substantiating it by the absence of proofs and are also arguing that Pavlensky’s actions allegedly had “exclusively artistic intent and artistic motive.”

The activist has attracted public attention before by nailing himself to Moscow’s Red Square in November 2013.

In October 2014, he cut off his earlobe standing naked on the roof of the Serbsky psychiatry clinic in Moscow.
Source: TASS