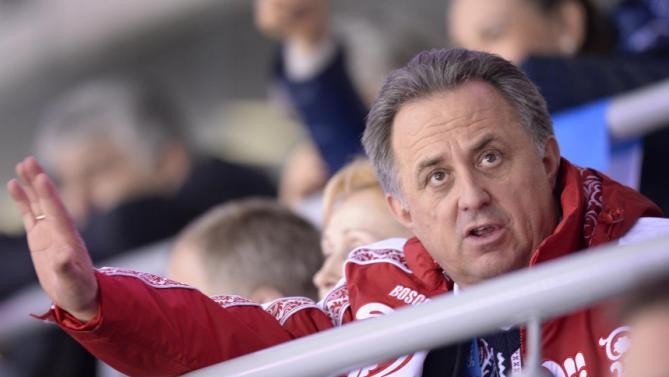 German public broadcaster ARD/WDR said on Wednesday(June 8) that Russian Sports Minister Vitaly Mutko is directly implicated in the scandal over doping by Russia’s sportsmen and women.

The Sports Ministry, in a statement replying to the charge, did not directly address the allegations against Mutko and other state officials. Mutko could not be reached for comment.

ARD/WDR, whose reports on systematic Russian doping have led to a widespread investigation and the suspension of Russia’s track and field athlete, made its latest charge in a documentary to be broadcast on Wednesday.

It said it had documents showing Mutko had prevented the release of a positive doping test involving a footballer from Russia’s top league.

The broadcaster also said it had footage of coaches, banned for life for doping, continuing to train top athletes.

“The Taskforce of the International Athletics Federation IAAF, which had been presented with the research results for this film… informed us…that the research was a ‘very serious matter’ as well as a ‘matter of urgency’ and represented a ‘grave concern’,” ARD/WDR said in a statement on the programme.

The Sports Ministry said in its statement that it understood that doping was a large-scale global problem.

“Solving it requires a consolidation of efforts aimed at a continuous improvement of the anti-doping system by all interested parties,” the ministry said.

It said it had agreed on a road map  with the World Anti-Doping Agency (WADA) to reform its structure directly involved in doping offences. Russia was suspended from world athletics in November after an international investigation uncovered damning evidence of widespread doping and corruption.

It is trying to convince sports authorities it is serious about rooting out cheats as it waits to hear on June 17 whether its track and field stars will be allowed to compete at the Rio de Janeiro Olympics in August.