Home » Pictures » Mass clean up in Australia after heavy floods… 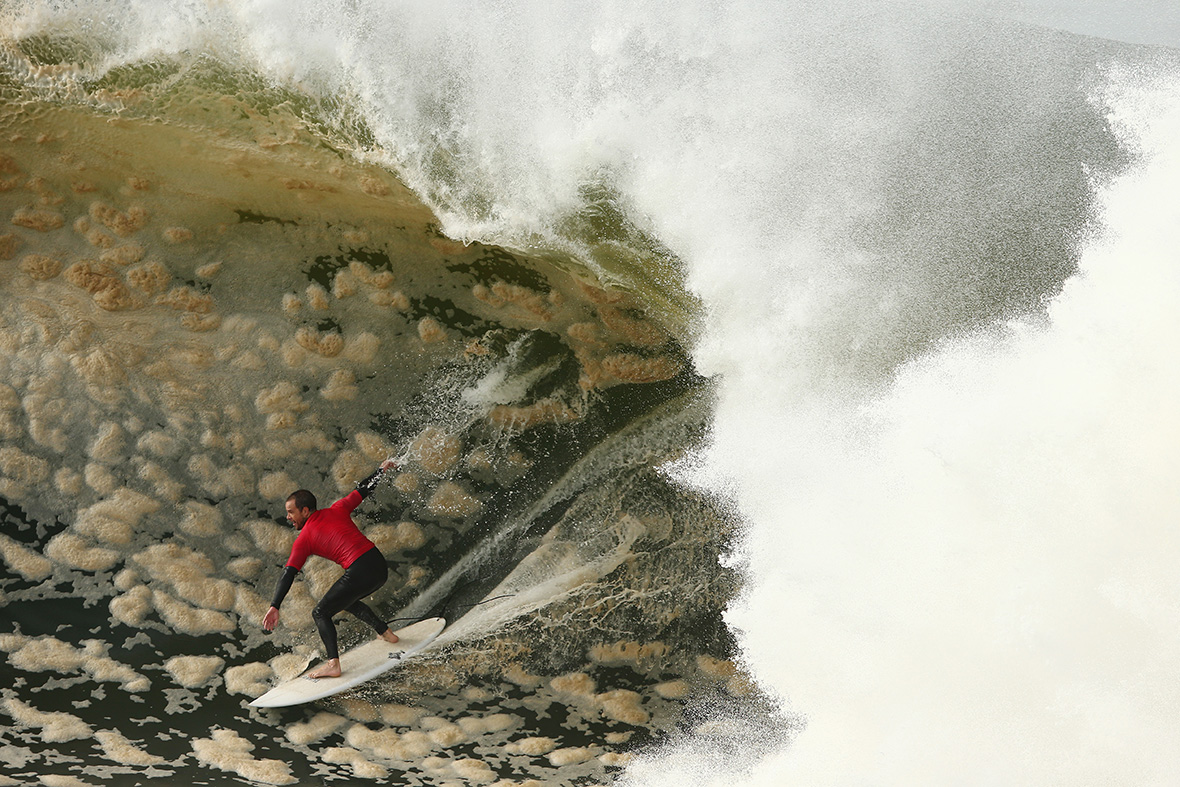 Mass clean up in Australia after heavy floods…

Major flood warnings have been issued across north-western Tasmania and New South Wales, following a high-pressure system to the state’s east that, combined with a trough over eastern Australia, resulted in torrential rainfall. Four people have died and three are still missing due to the powerful storms, Reuters reported.

Waves reaching a staggering height of five metres (17.5 feet) have crashed along the east coast, causing serious damage to people’s homes and have forced residents to flee.

Rescue operations are underway for those caught in the flooded waters. The Australian Broadcasting Corporation (ABC) reported that in Tasmania, police rescued a woman who was caught in rising flood waters, yet her companion was not found. In Devonport, northwestern Tasmania, cows were washed down the Mersey River after it overflowed, resulting in people having to pull out the cows from the harsh currents. Areas of Latrobe, located along the Mersey River, have been seriously affected. A flood watch is in place for all Tasmanian river basins after parts of the state received rainfall in excess of 20cm.

In Sydney, a huge wave hit the eastern wall of the Coogee Surf Lifesaving Club on the evening of 5 June, tearing a hole in the wall and smashing windows. Clean up efforts are underway across Sydney, which was also affected heavily by the rainfall, following storms across New South Wales that brought torrential rain and flooding over the weekend.

A view of the damage inside the Coogee SLSC in Sydney, AustraliaBrendon Thorne/Getty Images

Gym equipment is laid to waste inside the flooded Coogee SLSC in Sydney, AustraliaBrendon Thorne/Getty Images

Boat owners have to clear mud, rocks and water from the wreckages after being washed ashore along the beaches in Devonport, AustraliaHeath Holden/Getty Images

Boat owners salvage what they can from the wreckages after being washed ashore along the beaches In Devonport, AustraliaHeath Holden/Getty Images

Residents begin cleaning up through a sludge of mud in their homes after being flooded out by the Mersey River in Latrobe, AustraliaHeath Holden/ Getty Images

A soiled doll is washed up in a family home hit by the flood of the Mersey River in Latrobe, AustraliaHeath Holden/ Getty Images