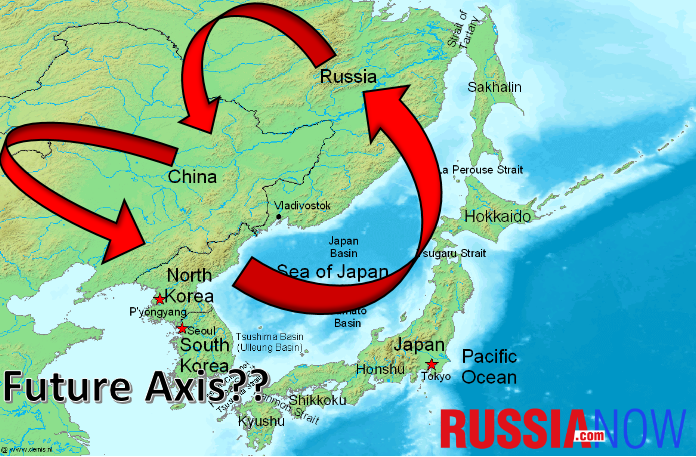 The Korean nuclear program has gone through many phases. On October 9, 2006, North Korea announced it had successfully conducted its first nuclear test. An underground nuclear explosion was detected, its yield was estimated as less than a kiloton, and some radioactive output was detected.

In 2007, Korea confirmed that it had nuclear weapons. While Russia’s deputy defense minister in January 2016 emphasized the need for positive pressure on Pyongyang and called for refraining from provocative actions amid North Korea’s nuclear ambitions, Moscow and Beijing have voiced concern over the lack of positive shifts in resolving the nuclear issue on the Korean Peninsula during the third round of the Russian-Chinese Northeast Asia Security Dialogue.

So what is Russia and China’s real stand from the Korean Nuclear program? And could we say that there is a “tacit approval” of it?

The Russian Foreign Ministry said on Monday that the Russian delegation at the meeting, led by Deputy Foreign Minister Igor Morgulov and the Chinese, by Assistant Foreign Minister Kong Xuanyo, “exchanged views in the substantive and confidential manner on the military and political aspects of security in northeast Asia with a focus on the modalities of the de-escalation the tensions on the Korean Peninsula.”

The ministry added: “They expressed mutual concern over the lack of progress in resolving the nuclear issue on the Korean Peninsula and a disproportionately high level of military activity in the sub region.”

The ministry recalled that the first round of the dialogue was held in April 2015 in Shanghai and the second – In February 2016 in Moscow, Russian News Agency “TASS” reported.

The THAAD Battery!!
In turn, the “Korean National Agency” mentioned that the talks, were held on the same day the U.S. and China began their high-level talks in Beijing. During the Monday talks, Russia and China expressed their “firm opposition” to the deployment of a Terminal High Altitude Area Defense (THAAD) battery to South Korea, China’s” Xinhua” news agency reported.

In the wake of North Korea’s fourth nuclear test and the launch of a long-range rocket earlier this year, South Korea and the U.S. started formal talks on deploying a Terminal High Altitude Area Defense (THAAD) battery to South Korea to better defend Seoul from Pyongyang’s growing threats.

For South Korea, the decision to adopt the U.S. missile system was based on its national security interests to enhance its defense posture against North Korea’s advances in nuclear and missile programs.

Russia and China have long voiced opposition to the deployment of a THAAD battery to South Korea, claiming that the U.S. missile shield may undermine the strategic balance in the region.

South Korea and the U.S. have dismissed the concerns, saying the THAAD system is defensive in nature and would only target North Korea.

“South Korea only has the capacity to intercept missiles at its terminal phase. So we have limitations. If THAAD is deployed to U.S. forces in Korea, our capability will be dramatically enhanced. There are definite military benefits to this,” Han was quoted as saying in the interview.

Antonov: To refrain from Emotional Actions

He also said that “other countries should refrain from provocative and “emotional” actions near the borders of North Korea, because it could worsen the situation in the region”.

Tensions on the Korean Peninsula escalated after North Korea successfully carried out a hydrogen bomb test in early January and put a satellite into orbit a month later, violating UN Security Council resolutions and triggering condemnation from the international community.

North Korea appears to have restarted a plutonium reprocessing facility to provide the regime with new material for its nuclear weapons programme, according to the International Atomic Energy Agency.

It could mean the aggressive regime has enough plutonium to produce a new nuclear warhead every year.

Yukiya Amano, director general of the agency, said in Vienna that operations had resumed at a 5 megawatt reactor at North Korea’s Yongbyon nuclear complex, either for enrichment or reprocessing.

“However, as we do not have inspectors on the ground, we are only observing through satellite imagery”, Amano said. “We cannot state for sure, but we have indications of certain activities through the satellite imagery”.

That assessment confirms earlier claims by James Clapper, director of US national intelligence, who in February said North Korean scientists would be able to harvest plutonium within a matter of weeks.

Analysts at the US-Korea Institute at Johns Hopkins University reported on the 38 North web site in late May that commercial satellite imagery showed a number of signs consistent with the North “conducting a reprocessing campaign to separate more plutonium for nucleaThe indications included the delivery by rail of casks of chemicals required for reprocessing, an exhaust plume at the facility’s previously idle thermal plant and the replenishing of fuel supplies for the plant.

The graphite-moderated reactor has been used to produce weapons-grade plutonium for the regime in the past.

Analysts believe that the plant is able to produce sufficient fuel rods that, if reprocessed, could deliver sufficient plutonium for at least one bomb per year weapons”.

North Korea is believed to have a stockpile of between seven and 12 nuclear warheads and has repeatedly stated that it has the sovereign right to develop and deploy more nuclear weapons to protect itself against “hostile forces”.

Pyongyang is also pushing ahead with efforts to develop a missile system capable of delivering warheads to targets in the continental US and a variant that can be launched from a submarine.

North Korea carried out a fifth underground nuclear test in January and both its nuclear and missile programs have been identified by the United Nations as grounds for the most recent sanctions on the regime of Kim Jong-un.

“It is deeply regrettable that the DPRK has shown no indication that it is willing to comply with the Security Council resolution adopted in response to its nuclear test earlier this year,” said Amano.

Do Russia and China have a tacit approval of the Korean nuclear program? The following reasons explain part of that “tacit approval”:

Amid all this, we pose the question: What are the guarantees given by IAEA for Korea, regarding the US attack on it, in case Korea gave up its nuclear weapons?