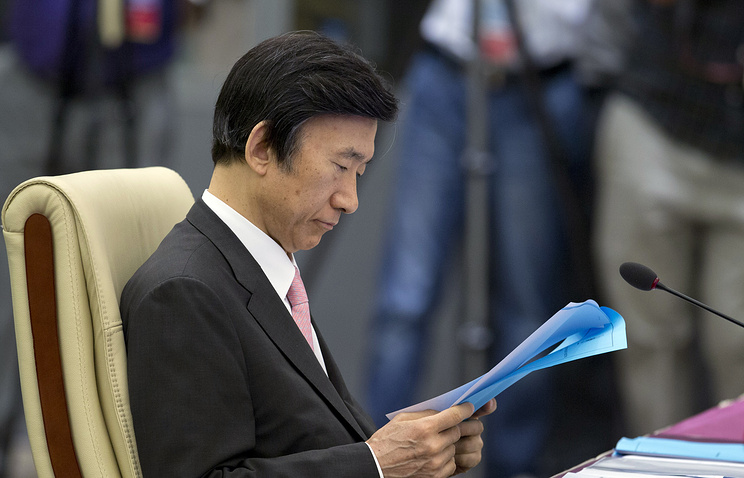 “The talks with Russian Foreign Minister Sergey Lavrov are scheduled for June 13,” the ministry said. “During them, the two sides will discuss the current state and prospects for the development of bilateral relations, trade and economic cooperation issues and will also exchange views on international and regional problems, including the situation on the Korean Peninsula and the formation of peace and security mechanisms in Northeast Asia.”

The Russian and South Korean top diplomats met earlier this year on the sidelines of the Munich Security Conference in February. They also held talks behind closed doors in Beijing on April 28 within the framework of the ministerial conference on interaction and confidence-building measures in Asia.
Source: TASS