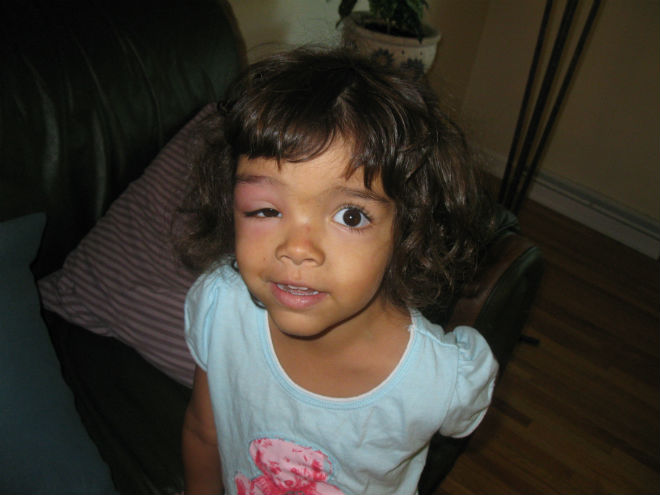 Parents in Saudi Arabia have launched a beauty competition, but it’s not what you would expect. A satirical social media campaign was started, urging parents to send in photos of their kids suffering from mosquito bites, which have run rampant in the village of al-Qarrayaat.

“The Voice of al-Qarrayaat” account on Twitter posted the competition on the social media website, offering prizes to children holding the “most beautiful mosquito bites”. The prizes included Umra trips, or pilgrimages to Mecca not during Hajj time.

According to the residents of al-Qarrayaat, the primary reason for the satirical competition was to protest the government’s ignoring their appeals to take care of a lake of sewage about a kilometer away from their homes. The lake of sewage has attracted mosquitoes and other pests to a dangerous degree, threatening public health, especially for children.

The residents say they have tried many options and repeated their appeals to the government, but after repeatedly being ignored, resorted to the social media campaign to draw attention to the problem.

Pictures shared by parents show children with ears swollen up to twice their normal size, and eyelids swollen shut due to mosquito bites.

No word yet on whether the government will clean up the mess, or which child in fact has the “most beautiful” mosquito bites.