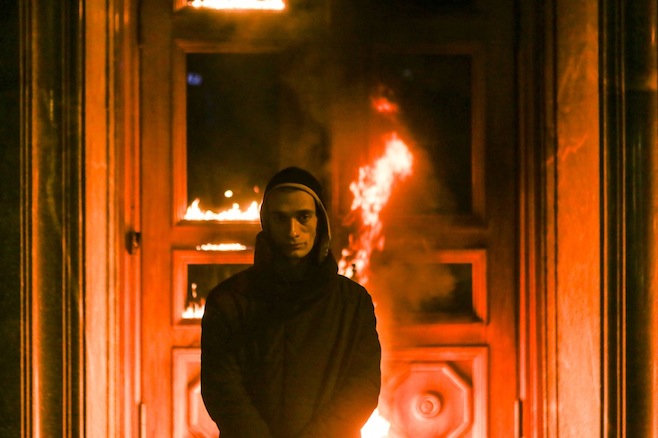 Russia’s Federal Security Service (FSB) has filed a lawsuit against extreme performance artist Pyotr Pavlensky for damage he caused when setting fire to the door of the organization’s headquarters, the Mediazona news website reported Friday (June 3).

The FSB claims the door is of cultural significance and estimated the damage caused by Pavlensky to cost 481,000 rubles ($7,500).

Pavlensky is currently on trial for damaging Russia’s cultural heritage after he poured petrol over the wooden doors of FSB building and set them on fire in November 2015. The building in the Lyubanka area of central Moscow has been used by the security services since the Soviet era.

The artist called the work “Threat: Lubyanka’s Burning Door,” and said it was carried out in protest against repressive government policies. Pavlensky has been kept in custody since his arrest on the day of the protest.

On May 31, the activist was nominated for the Russian Security Services’ Prize for Literature and the Arts by Maria Baronova, a co-ordinator of the “Open Russia” human rights project. The prize is given for the artistic work on the subject of the FSB.