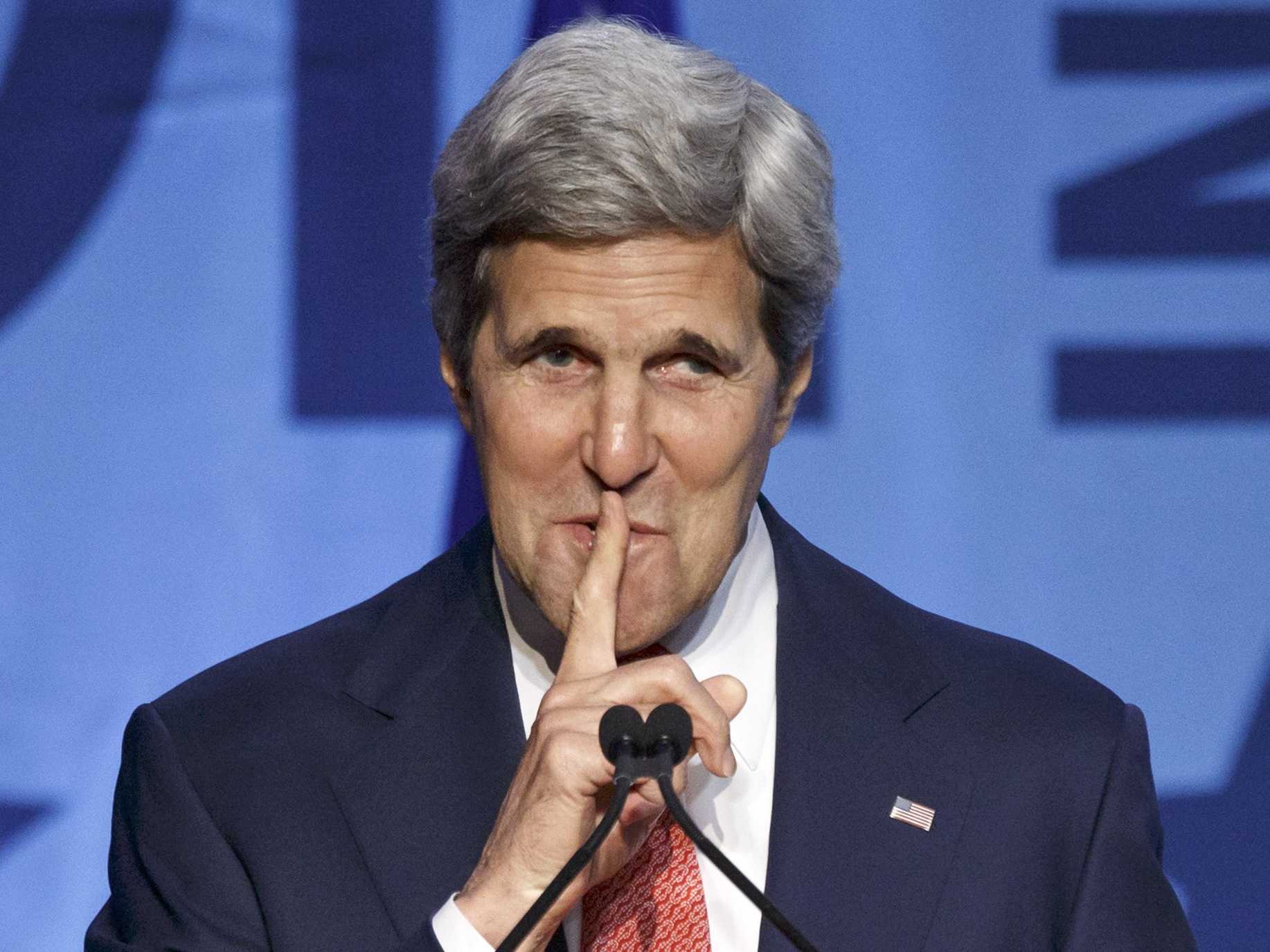 US Secretary of State John Kerry hit out at someone in his department for selectively editing footage of a press briefing on secret talks with Iran, calling it “stupid and inappropriate”.

Department lawyers were called to investigate after Fox News correspondent James Rosen noticed video of a question he posed in December 2013 was not in the public archive.

Spokesman John Kirby confirmed the edit was deliberate on Wednesday, saying a lower-level public affairs staffer had received a request to cut the section, but could not now remember who from.

“I am trying to find out what happened here, because as I say, it’s unacceptable,” Kerry told journalists during a trip to Paris.

“Whatever happened was both clumsy and stupid and inappropriate, and I’m trying to find out more details… I would like to find out exactly what happened and why.”

News of the mystery edit emerged as the US administration was defending its handling of the still controversial effort to secure last year’s nuclear deal with Iran.

President Barack Obama’s opponents in Washington allege that the White House misled the US public and concealed the extent of its outreach to Tehran.

In the edited section, then State Department spokeswoman Jen Psaki appeared to confirm to Rosen that spokespeople had deliberately concealed back-channel talks.

Psaki, who is now director of communications at the White House, denied she had ordered the cut, tweeting: “I had no knowledge of, nor would I have approved of, any form of editing.”

Kerry defended her on Friday, saying he had “total confidence in Jen Psaki and in Jen Psaki’s abilities and in her ethics”.

“There’s no question in my mind she didn’t even know about this and was as surprised and taken aback as I am.”

The written transcript of the briefing however was never edited.