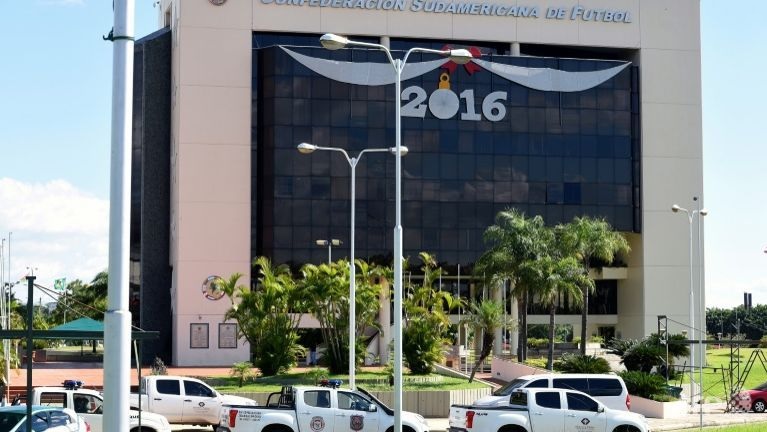 Swiss raid on FIFA amid new relevations on Blatter payments

Swiss investigators have searched the FIFA headquarters as the world football governing body revealed that former president Sepp Blatter and two of his deputies awarded themselves more than $80 million in often suspicious payments over the past five years.

On a day that FIFA also had to deny media reports that new president Gianni Infantino was under investigation, it said Blatter, former secretary general Jerome Valcke and finance director Markus Kattner made a coordinated effort to “enrich themselves” and that Swiss and US authorities were being informed.

Blatter is serving a six year suspension from football over a two million Swiss franc ($2 million, 1.8 million euros) payment made to former FIFA vice president Michel Platini. Valcke and Kattner have both been fired in recent months over World Cup ticket scandals and payments they received.

Switzerland’s Office of the Attorney (OAG) General said its investigators “carried out a search of FIFA’s headquarters” on Thursday as part of its inquiry into the football world governing body’s mismanagement and the awarding of World Cup tournaments.

“Documents and electronic data were seized and will now be examined to determine their relevance to the ongoing proceedings,” said the OAG.

FIFA said the search had concentrated on Kattner’s office.

A FIFA statement said that some of the contracts agreed by Blatter, Valcke and Kattner “appear to violate Swiss law”.

“The evidence appears to reveal a coordinated effort by three former top officials of FIFA to enrich themselves through annual salary increases, World Cup bonuses and other incentives totalling more than 79 million Swiss francs ($80 million, 71 million euros) — in just the last five years,” said Bill Burck, a partner with the Quinn Emmanuel audit firm brought in to look at FIFA’s books.

“The investigation has produced evidence of breaches of fiduciary duty. It also raises questions about the role of FIFA’s compensation subcommittee.”

The revelations have raised new questions about the scope of corruption in world football. Burck said the information has been passed on to Swiss prosecutors and will also be sent to US judicial authorities.

FIFA has been battling to redeem its name ever since a raid on a Zurich hotel last year to arrest seven FIFA officials at the centre of a US investigation.

About 40 individuals and two companies now face charges in the United States over more than $200 million in bribes paid for television and marketing contracts.

Separately, Swiss police have been investigating FIFA’s management and the award of the 2018 World Cup to Russia and 2022 event to Qatar. French prosecutors indicated this week they could also look into the Qatar World Cup award.

Infantino became president in February in a bid to stabilise the FIFA administration and vowed to lead world football into a new era of “transparency” and “honesty”.

But he already faces scrutiny. FIFA on Friday denied German media reports that a formal investigation had been launched into the new president.

“The email exchange that makes mention of the deletion of audio files refers to a copy of the original audio file of the meeting that was improperly stored on a local drive,” she said.

“This mention does not refer to the officially archived audio file. That file exists and is properly saved at FIFA.”

A spokesman for the ethics committee’s investigatory arm, Roman Geiser, told AFP that “there are no formal proceedings going on against Mr. Infantino”.

FIFA officials have not discounted however that there is a possibility of an official inquiry.

Die Welt had said FIFA’s ethics commission could impose a 90 day suspension on Infantino over the issue.