Home » Press » US Troop Build-Up In Iraq And Syria 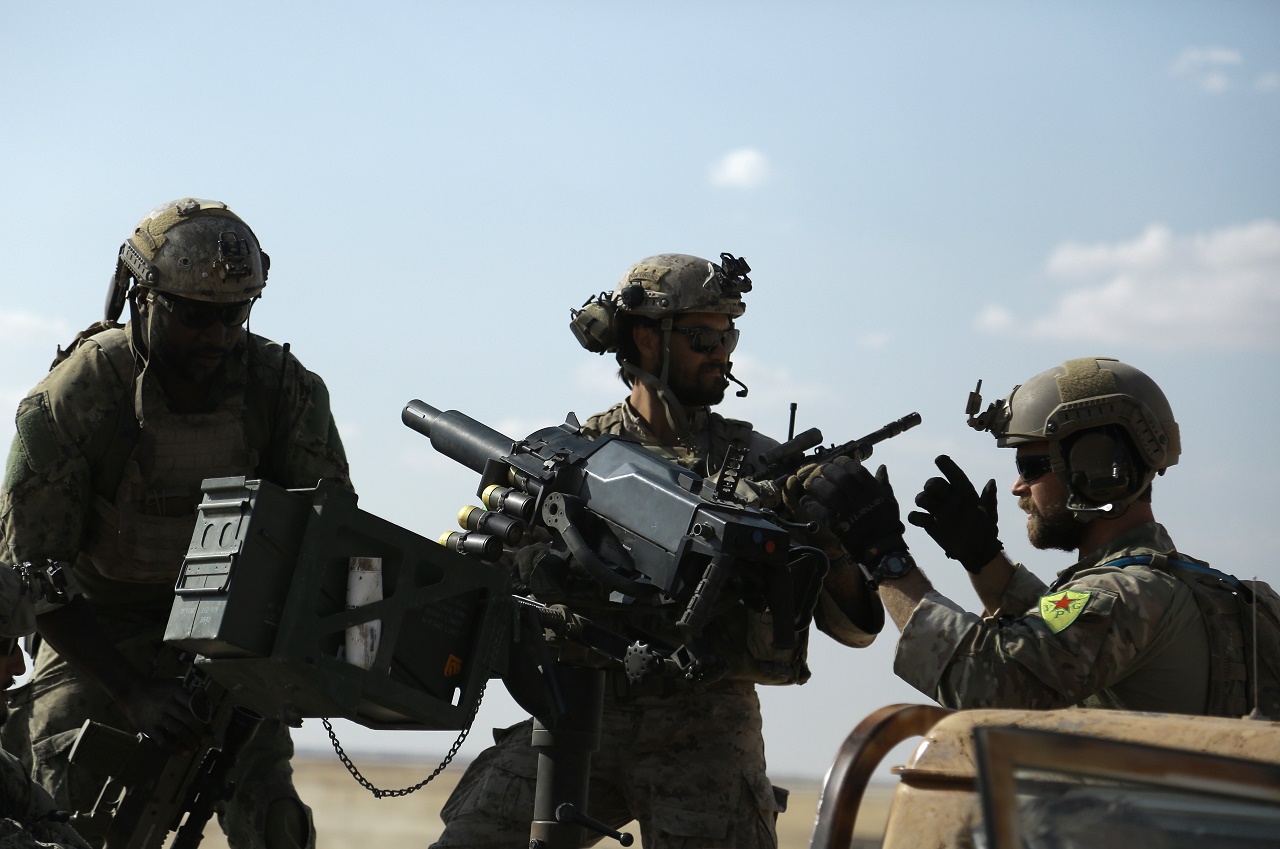 US Troop Build-Up In Iraq And Syria

Last weekend was the American ‘Memorial Day’ weekend and President Obama took the opportunity to reveal that US troops in Iraq and Syria are, in fact, engaged in ‘combat’ and not, as previously claimed, in the role of ‘advisers’.

Two of these troops were injured in attacks by Islamic State fighters – one in Syria and one in Iraq.

Pentagon spokesman, Captain Jeff Davis, said both soldiers  were ‘operating behind the forward line of troops. They were not on the front lines; they were not engaged in active combat. … They were not out trigger-pulling offensively.’ He claimed they were injured by indirect fire.

In Iraq, the attack occurred near the US military base in Irbil, the Kurdish capital and in Syria, near Raqqa, the IS stronghold which opposition forces are hoping to retake.

It has been reported that there is now a US base at the Rmeilan Air Base in the Syrian Kurdish region.

Official figures on the number of American forces in Syria and Iraq are difficult to come by but the American website, Military Times, reveals that there are 4,000 US troops in Iraq and that 350 US soldiers have been active in Syria since April. The Pentagon maintains that soldiers in Syria are simply identifying which are the good guys among the various opposition groups. These would then be ‘rewarded’ with ‘US airstrikes, weapons, ammunition and money.’ French news outlets, however, are reporting that American soldiers have been seen fighting alongside opposition forces and wearing Kurdish YPG patches.

The disingenuous claim that American soldiers are in Iraq and Syria merely as advisers is revealed as a lie.

Under the banner of the War on Terror, US troops – having left by the front door – are climbing back in through the window.