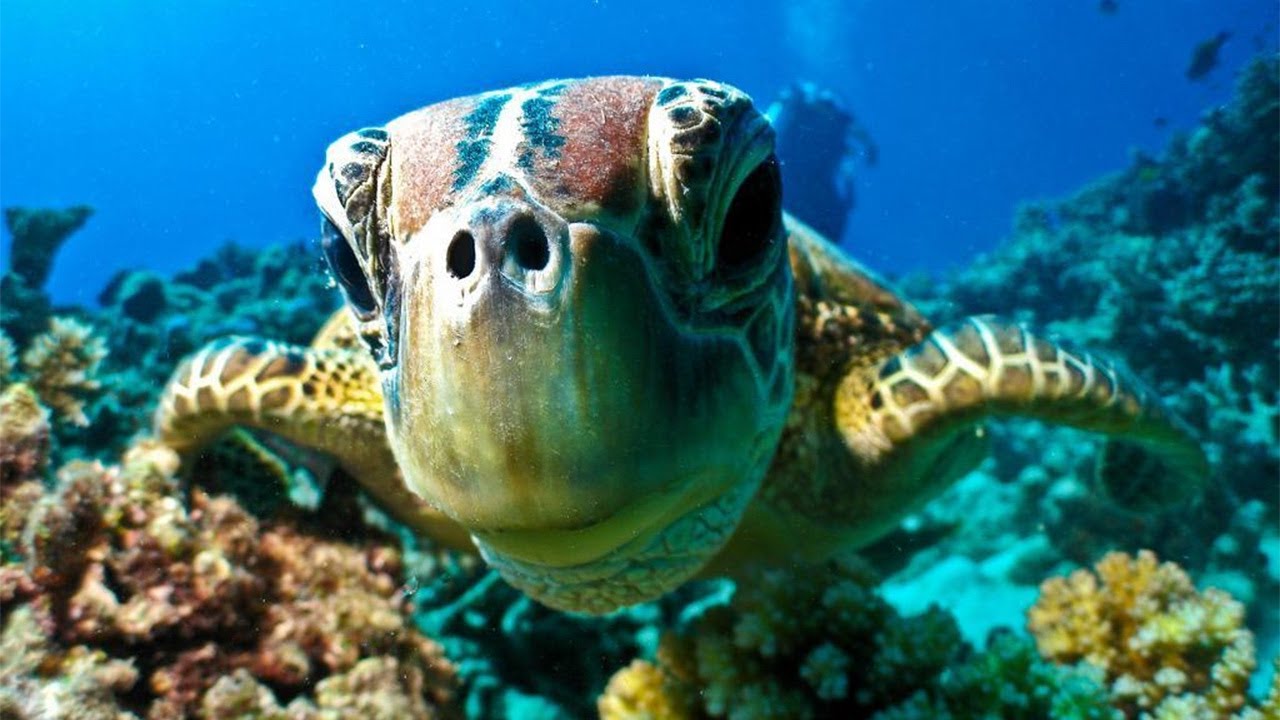 Third of coral ‘dead or dying’ in parts of Barrier Reef

At least 35 per cent of corals in parts of Australia’s Great Barrier Reef are dead or dying from mass bleaching caused by global warming, scientists said.

The assessment was made following months of aerial and underwater surveys after the worst bleaching in recorded history first became evident in March as sea temperatures rise.

Australian scientists said the coral mortality figure will likely rise as some of the remaining 65 percent of coral in the northern and central reefs fails to recover from bleaching.

The report casts a shadow over the long-term prospects of the Great Barrier Reef against a backdrop of climate change and scientists said UNESCO may reconsider its decision not to put the World Heritage Site on its endangered list.

“Australia argued that the world heritage values were in tact because of the northern region and now of course it has taken a huge hit,” said Terry Hughes, director of the Australian Research Council Centre of Excellence for Coral Reef Studies at the James Cook University.

Global warming was wreaking havoc on the World Heritage-listed site, he added.

“We found on average, that 35 per cent of the corals are now dead or dying on 84 reefs that we surveyed along the northern and central sections of the Great Barrier Reef, between Townsville and Papua New Guinea,” he said in a statement.

“This is the third time in 18 years that the Great Barrier Reef has experienced mass bleaching due to global warming, and the current event is much more extreme than we’ve measured before.”

At least a decade is needed for the coral to recover, “but it will take much longer to regain the largest and oldest corals that have died”, the joint statement from three leading universities said.

This file photo taken on Nov 20, 2014 shows an aerial view of the Great Barrier Reef off the coast of the Whitsunday Islands, along the central coast of Queensland.

UNESCO’s World Heritage Committee last May stopped short of placing the Great Barrier Reef on an “in danger” list, but the ruling raised concern about its future.

Australian scientists said in March that just seven percent of the Great Barrier Reef had avoided any damage as a result of bleaching, and they held grave fears particularly for coral on the northern reef.

The reef is already under pressure from farming run-off, development, the coral-eating crown-of-thorns starfish, along with the impacts of climate change.

Researchers from James Cook said in April that 93 percent of the 2,300-kilometre (1,429-mile) long site – the world’s biggest coral ecosystem – had been affected by the mass bleaching event.

The findings would have been worse had Cyclone Winston, which hit the reef in January, not bought cooler conditions across the central and southern reefs, the scientists said.

Bleaching occurs when abnormal environmental conditions, such as warmer sea temperatures, cause corals to expel tiny photosynthetic algae, draining them of their colour.

The impact was less severe in the southern parts of the reef as water temperatures were “closer to the normal (southern hemisphere) summer conditions”, the scientists said.

Although fewer corals have died in the south, the stress from bleaching is likely to temporarily slow down their reproduction and growth rates, they added.

The phenomenon has also damaged corals off Australia’s west coast, with “extensive and patchy” bleaching and mortality.

“On the Kimberley coast where I work, up to 80 per cent of the corals are severely bleached, and at least 15 per cent have died already,” the University of Western Australia’s Verena Schoepf said.

The Australian Marine Conservation Society urged officials to heed calls to do more to save the reef.

“The federal government must release a climate policy that makes a credible contribution to delivering a healthy future for our natural wonder,” said spokeswoman Imogen Zethoven.

The government insists it is doing “more than ever before” to protect the reef, and Environment Minister Greg Hunt on Monday said it had invested A$460 million in efforts to help the reef since being elected in 2013.

He said the government had worked hard to protect the reef and had been recognised by the World Heritage committee as a “global role model”.

“Only a couple of years ago they were looking at declaring, under Labor and the Greens, the reef in danger,” he said, ahead of national polls on Jul 2.

Last week the environment department admitted that it pressured the United Nations to remove all references to Australia from a report on climate change and its impact of World Heritage sites, including the Barrier Reef.

It claimed negative commentary impacted tourism, sparking outrage from activists who accused Canberra of “trying to pull wool over Australians’ eyes about serious threats to the future of our greatest natural wonder”.

Their decision has sparked outrage and Australian Opposition leader Bill Shorten pledged A$500 million on Monday to further protect the reef.

“This will be the single largest and indeed most overdue injection of funds to save the Great Barrier Reef,” Shorten told reporters in Cains. “The Barrier Reef is in great peril.

Australia is one of the world’s largest carbon emitters per capita. Despite pledging to cut carbon emissions, it has continued to support fossil fuel projects.