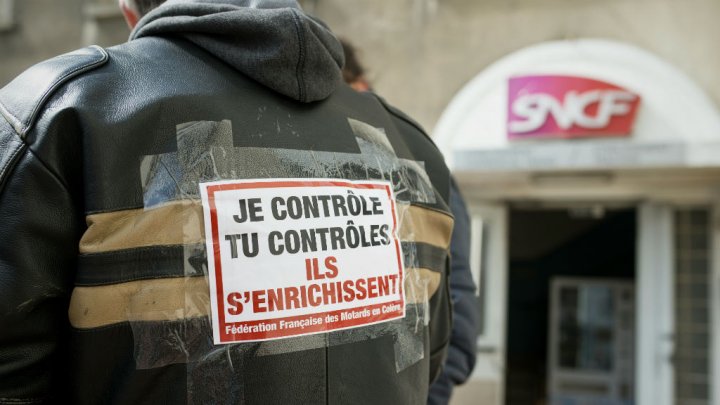 France is preparing itself for a week of severe disruption to transport after unions called for more action in their bitter standoff with the Socialist government over labour reforms.

Workers at the country’s national rail-operator SNCF are set to begin a rolling walkout Tuesday evening, while Metro and rail workers in Paris will start an open-ended strike on Thursday. The French Civil Aviation Authority is also set to add to the travel misery by staging a walkout from June 3 to 5, likely to cause cancellations and delays to flights.

The latest strikes are part of escalating unrest over the controversial labour reforms that last week sparked fuel shortages as unions staged walk outs at refineries and blocked fuel depots.

President François Hollande and the government are refusing to give in to the hardline CGT union’s demand that it withdraw the planned reforms.

The CGT has in returned warned that it would continue its campaign of stoppages and demonstrations to pressure the government to scrap the reforms, which would make it easier for companies to hire and fire workers.

The government is under pressure to find a solution to the latest stand-off before the start of the Euro 2016 football tournament, less than two weeks away.

‘There will be petrol’

The government insisted that the situation would improve on Monday for motorists who have been forced to queue for petrol and have been restricted in how much they can buy in many parts of the country.

“There will be petrol. Things are getting better, although we need to stay on our guard,” government spokesman Stéphane Le Foll told France 3 television.

But six of France’s eight oil refineries were Sunday still halted or running at reduced capacity due to action by union activists.

Strikes continued at oil terminals in the southern city of Marseille and at the terminal in the northern port of Le Havre, which supplies kerosene to Paris’s two main airports. A skeleton service is however allowing some supplies to get through.

Hollande’s tough line was echoed by Prime Minister Manuel Valls on Saturday, when he held talks with bosses in the oil and transport sectors.

He pledged to defend the labour law reform “to the end” and said withdrawing it would be a “bad thing for working people”.

But the unions say the moves will erode job security and fail to bring down unemployment, which is stuck at just under 10 percent.

Forty-six percent of French people want the government to scrap the reforms, according to an opinion poll in the Journal du Dimanche newspaper on Sunday. Forty percent think they should be modified and just 13 percent want them left unchanged.

A number of protests in recent weeks over the reforms have turned violent.

The conflict comes a year before presidential elections in which Hollande is considering seeking a second term despite popularity ratings that are among the lowest for a post-war French leader.

There is no sign that the unions will back down soon.

They have called for another national day of rallies and strikes on June 14, the day that the Senate, the upper house of parliament, begins examining the law.

All eyes this week will be on the railways, where a long-running dispute over pay and working conditions has added to the discontent over the labour reforms.

The latest strikes look set to be more disruptive than last week when four out of five trains ran despite strikes calls.

Mass stoppages would add to mounting problems for rail operator SNCF, which had to deal with power cuts on Saturday and Sunday that crippled part of the network.

A leading member of the Socialist Party tried to play down concerns that the strikes will play havoc with Euro 2016, which kicks off on June 10 and will take place at 10 venues across France.

“There will be no train or Metro strikes during Euro 2016,” Jean-Christophe Cambadélis, the party’s secretary general, said.

He said the unions were mistaken “if they believe for a second that they will take France hostage”.

But Alain Juppé, the centre-right former prime minister who leads opinion polls for the presidential election, said he was concerned that the unions were digging in.