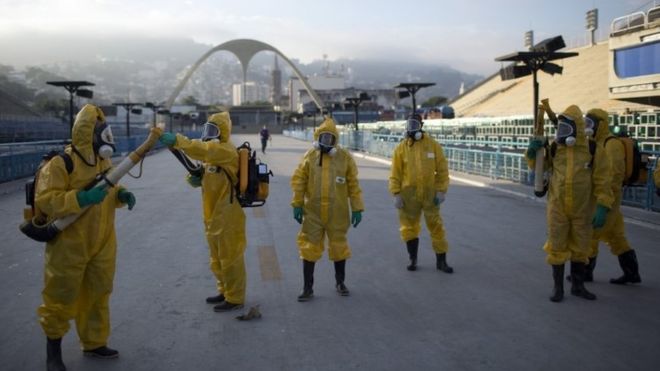 Zika crisis: WHO seeks to allay fears over Rio Olympics

The World Health Organization (WHO) has played down concerns over the spread of the Zika virus, amid calls for the Rio Olympics in August to be postponed.

Senior WHO official Bruce Aylward told the BBC that risk assessment plans were in place, and reiterated that there was no need to delay the Games.

The mayor of Rio said disease-carrying mosquitoes were being eradicated.

The officials were responding to an open letter by scientists saying it was “unethical” for the Games to go ahead.

The letter also said the global health body should revisit its Zika guidance.

The Zika virus is linked to severe birth defects.

Between February and April, Brazil registered more than 90,000 likely cases of Zika. The number of babies born with Zika-linked defects stood at 4,908 in April.