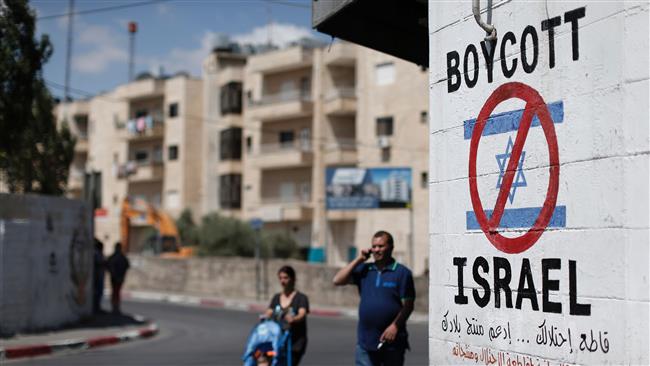 Netherlands has rejected calls by Israel to declare illegal a growing international campaign that calls for the boycott of Israeli products.

Foreign Minister Bert Koenders said on Thursday the Dutch government has explained to Tel Aviv that people joining the campaign was an issue of free speech, to which the Dutch people are entitled.

Netherlands is the second country in the European Union to have announced its support for people’s right to join the Boycott, Divestment, and Sanctions (BDS) campaign against Israel.

“Statements or meetings concerning BDS are protected by freedom of expression and freedom of assembly as enshrined in the Dutch Constitution and the European Convention on Human Rights,” Koenders said.

Dutch Ambassador to Israel Gilles Beschoor Plug defended Koender’s remarks, saying that joining the campaign in Holland “is not illegal and therefore it falls within the limits of freedom.”

“As long as what one says is not illegal you are free to say it,” he added.

Israeli Foreign Ministry spokesman Emmanuel Nachshon denounced the decision, saying there had to be “limits” on the concept of freedom of speech.

Israel has been pressuring the US and European countries to introduce legislation and take other repressive measures to confront the BDS movement.

Sweden, however, supported the right to join the BDS in March 2016, saying the movement is “a civil society movement” and that “governments should not interfere in civil society organization views.”

Earlier this month, more than 300 groups in Europe urged the EU to hold Israel accountable for its human rights violations and join the global campaign for boycott of Israeli products.

The 352 signatories to a letter included human rights and aid organizations, church groups, trade unions and political parties from across the continent, including France, Germany, Norway and Belgium.

The BDS movement is currently asking people to add their names to an appeal to the UN High Commissioner for Human Rights to take necessary measures to protect those who campaign for Palestinian rights.

The BDS movement was initiated in 2005 by over 170 Palestinian organizations that were pushing for “various forms of boycott against Israel until it meets its obligations under international law.”

Thousands of volunteers worldwide have joined the BDS ever since to help promote the Palestinian cause.