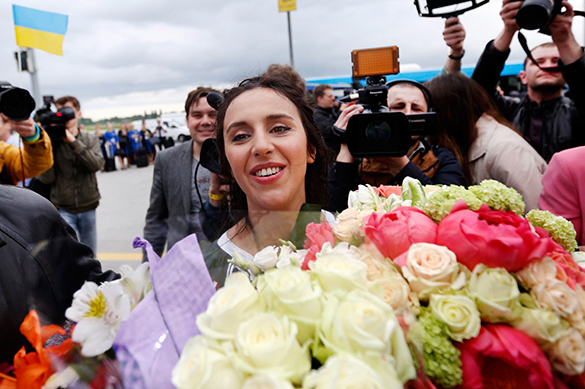 Russians to boycott Eurovision in Ukraine

Russians are ready to boycott Eurovision-2017 questioning the objectivity of the victory of Ukrainian singer Jamala at this year’s song contest that was held in Stockholm, Sweden. Many in Russia believe that Jamala’s performance contained hidden political motives, although this is strictly forbidden by the rules of the music festival.

As a result of a recent survey conducted by the Russian Public Opinion Research Center among 1,600 people residing in 130 settlements of 46 Russian regions, it was revealed that most respondents believe that Russia should not participate in next year’s Eurovision in Ukraine.

Making reference to statements from the Ukrainian authorities not to grant Russian singers entry to Ukraine, sociologists asked Russian citizens where Russia should act similarly.

Fifty-two percent of the polled people said that Russia should not take part in Eurovision 2017 in Ukraine. Thirty-seven percent people expressed an opposing opinion.

Eighty percent of Russian viewers do not agree with the choice of the winner; 65% believe that the Ukrainian singer won the first place not for the performance of the song, but for the anti-Russian policy of Ukraine.

Those who were watching the final of the contest pointed out the objectivity of the audience voting (51%), while 80% said that the jury was biased in its voting.