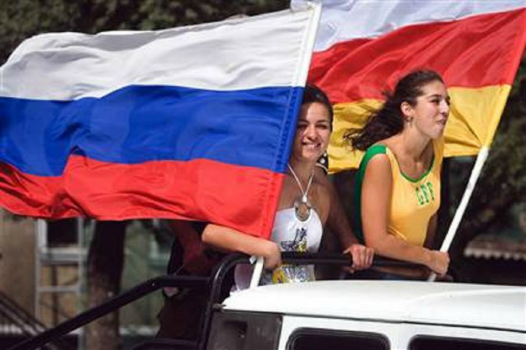 South Ossetia postpones referendum on accession to Russia till 2017

The leadership of South Ossetia has made a decision to postpone till 2017 a referendum on whether the republic should apply for accession to Russia, as follows from a joint statement by President Leonid Tibilov and parliamentary speaker Anatoly Bibilov, made after a meeting of the Political Council under the head of state.

Guided by the long-term interests of the South Ossetian people and striving for the stability of the socio-political situation in the republic we support the Political Council in its decision to the effect it will be expedient to call a referendum on South Ossetia’s application for joining the Russian Federation in 2017, after the presidential election,” the statement runs.

According to earlier reports the referendum might have been called this year.