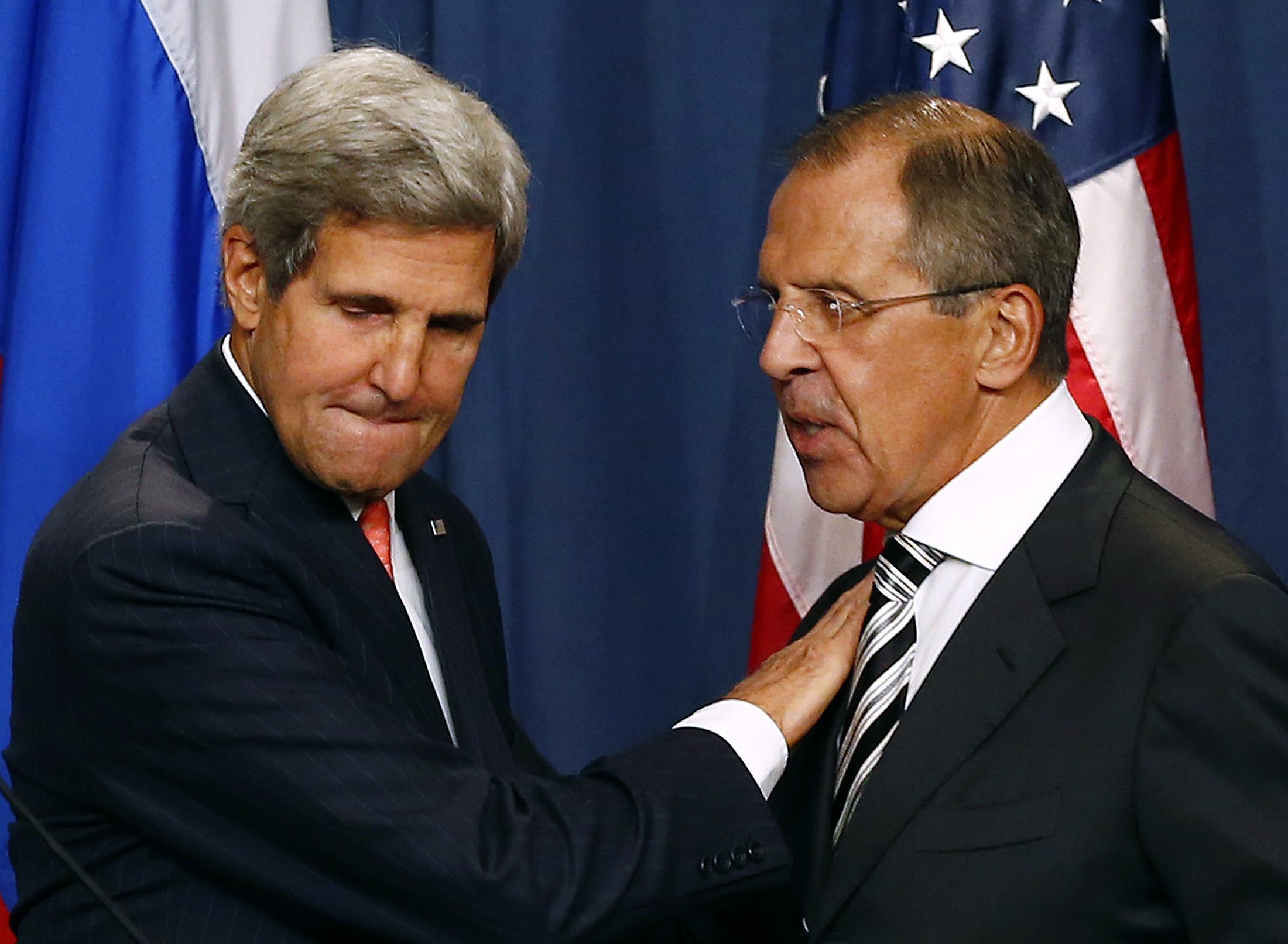 US Rejects Russia’s Proposal for Joint Operations in Syria

On May 20, Russia proposed conducting joint airstrikes with the US-led coalition in Syria against the al-Qaeda-linked al-Nusra Front group and other factions, as well as against convoys of arms and fighters crossing the Syrian-Turkish border. The Nusra Front was not included in the February 27 ceasefire deal.

Speaking at a gathering of military and political leaders in Moscow, Russian Defense Minister Sergey Shoigu suggested that joint airstrikes begin on May 25.

Such action must be coordinated with the Syrian government, the Russian Defence Chief pointed out, adding that Moscow reserved the right to stage strikes unilaterally.

Shoigu said, discussions with US military experts based in Jordan and other counterparts in Geneva had begun on May 19.

The State Department said in response that such an agreement does not exist and that officials have only been discussing a better way to monitor and enforce a cease-fire in Syria. Actually, the United States made clear it had little interest in the idea. «There is no agreement to conduct joint air strikes with the Russians in Syria», said US State Department spokesman John Kirby.

Pentagon spokesman Capt. Jeff Davis told reporters, «We do not collaborate or coordinate with the Russians on any operations in Syria. We don’t have military-to-military relations with Russia».

Reuters reported that in private, US officials said the idea was a non-starter. «Don’t see it happening», a US official said, adding that the military «will ensure safety of flight but nothing else».

Meanwhile, the truce has fallen apart in recent weeks as the al-Qaeda’s Nusra Front is taking over more and more territory in Syria, and reportedly preparing to establish an independent «emirate» that would mirror the government set up by Islamic State.

Turkey is reported to support the terrorists.

Last week in Vienna, the 17-nation International Syria Support Group (ISSG) – co-chaired by the United States and Russia – vowed to bolster the ravaged nation’s shaky ceasefire and send humanitarian relief. None of those proposals have yet been agree upon.

The very fact that Russia and the US tentatively put forward a proposal to help the World Food Program by airdrops – which are expensive and often inaccurate – of food and emergency supplies shows how little progress has been made in achieving either the lasting cease-fire or the regular humanitarian relief. To increase efforts toward peace, Russia and the US have been «using influence» with parties on the ground, aiming to «press them to abide» by the cessation of hostilities agreement that went into effect in February, the group’s final statement reads.

But using influence does not make al-Nusra militants stop their criminal activities.

Suggestions of military cooperation between the United States and Russia against the Islamic State have circulated repeatedly since the two governments agreed early this year to head a diplomatic committee pushing for a political solution to the civil war, in which they support opposing sides. In January, Russian Foreign Minister Sergey Lavrov, who co-chairs the diplomatic initiative with Secretary of State John F. Kerry, accused the United States of refusing to hold «serious, adult-like» talks about Russian proposals to coordinate their military actions.

Actually, Washington has consistently refused to join forces with Russia in Syria ever since Moscow launched its campaign of air strikes in September last year. Communication between US and Russian militaries on Syria has been limited to contacts aimed at avoiding an accidental clash as they carry out rival bombing campaigns and small numbers of Russian and US forces operate on the ground.

On May 20, Russia made a big step to save the peace process and boost cooperation. In response, America reneged on its stated international obligations.

To solve a problem, you go to the bottom of it. Russia has couched a proposal to remove a major obstacle to the peace – the al-Qaeda’s stranglehold on much of northwest Syria. US officials, however, seem determined to reject any Russian plan out of hand. Perhaps that’s what explains the fact that so little progress has been made in Syria. During many months of negotiations, it has all boiled down to intermittent US statements condemning the terrorists’ activities.

The implementation of Russia’s plans for resumption of airstrikes will force all militant groups to adhere to the ceasefire agreement or face the threat of elimination. In case of the Jabhat al-Nusra, it has to be defeated on the battle field and become a thing of the past. This fact is crystal clear to everybody, but US officials. The US rejection of Russia’s proposal is an example of double standards policy and irresponsibility. With the UN peace effort spurned by al-Nusra and people and civilians dying daily in Syria, the United States refuses to budge. All the US statements about the desire to achieve peace in Syria appear to be highfalutin words lacking candor. There is still time to reconsider the position till May 25. Many people in the Middle East are looking at world leading powers hoping they will act. The ball is in the US court.