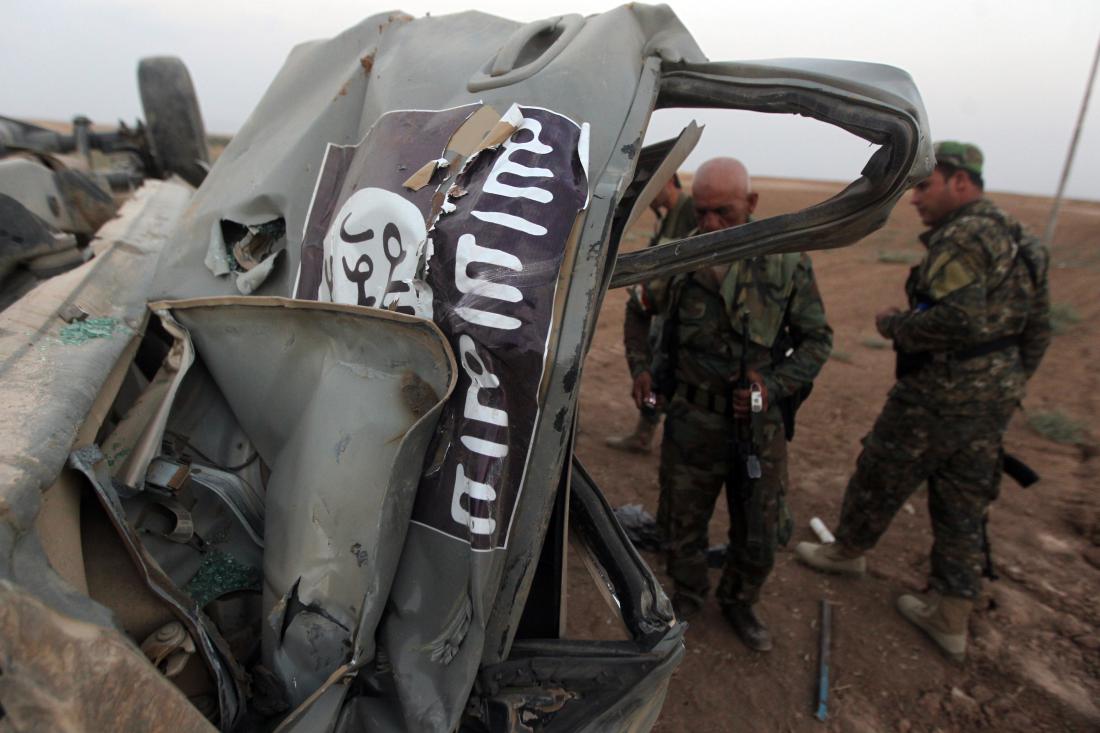 Pressure builds on ISIS with twin assaults in Syria and Iraq

US-backed Syrian fighters and Iraqi forces pressed twin assaults against the Islamic State (ISIS) group on Wednesday, in two of the most important ground offensives yet against the militant group.

The operations to the north of IS’s de facto Syrian capital Raqqa and near the IS-held Iraqi city of Fallujah are adding to pressure on the group, which has seen territory under its control shrink in recent months.

The US-led coalition that launched air strikes against IS in Syria and Iraq in mid-2014 is providing air support on both fronts, as efforts intensify to dismantle the group’s self-styled Islamic “caliphate” straddling the Syrian-Iraqi border.

But there is deep concern for thousands of families in both cities, with fears civilians will be caught in the crossfire or used as human shields by the militants.

Since the start of the Fallujah offensive was announced on Monday, Iraqi troops backed by pro-government militias have been advancing toward the city from surrounding areas.

In northern Syria, a Kurdish-Arab alliance also backed by coalition strikes meanwhile fought IS in its bastion province of Raqqa.

The Syrian Democratic Forces (SDF), formed in October 2015, announced on Tuesday its push for IS territory north of Raqqa city, which is around 90km south of the Syrian-Turkish border and home to an estimated 300,000 people.

The SDF is dominated by the Kurdish People’s Protection Units (YPG) – largely considered the most effective independent anti-IS force on the ground in Syria – but it also includes Arab fighters.

The SDF already has two footholds north of Raqqa city: the border town of Tal Abyad and the smaller town of Ain Issa further south.

Kurdish officials said the offensive in Raqqa province would be a three-pronged assault, including from Ain Issa.

SDF fighters captured two fields and a small village southeast of the town on Wednesday morning, clearing out mines left by IS militants.

A spokesman for the Kurdish-Arab alliance, Talal Sello, told reporters that the fighting was taking place in “rural areas”.

“There are no plans yet to liberate Raqqa city, except in a future campaign after this one, depending on the circumstances,” he said.

The Syrian Observatory for Human Rights monitoring group said 10,000 to 15,000 SDF fighters were estimated to be taking part in the offensive.

Baghdad-based US military spokesman Colonel Steve Warren confirmed that the US would provide air support and said that if Raqqa falls, “it’s the beginning of the end of their caliphate”.

The anti-IS coalition has set its sights on Raqqa, Fallujah and eventually IS’s main Iraqi bastion of Mosul.

Tens of thousands of civilians remain in all three cities.

SDF spokesman Sello said IS’s “use of civilians as human shields” was slowing the drive for rural territory and villages north of Raqqa city.

On Wednesday, the Raqqa is Being Slaughtered Silently (RBSS) activist group said on Twitter that IS had shut all bus stations in the city to prevent civilians from leaving.

“In a civilian building, you’ll find two or three apartments for ISIS fighters,” al-Hamza said in an interview with AFP, using another acronym for IS.

Rights groups have also appealed for safe exit for the estimated 50,000 civilians still inside Fallujah, which was seized by anti-government fighters in early 2014 and later became an IS bastion.

With IS also facing increasing pressure in Syria from government offensives backed by Russian air strikes, analysts say the group will struggle to hold on to the territory it seized in Iraq and Syria two years ago.

The territory “is in the long run too big for (IS) to possibly hold,” analyst Romain Caillet said.

But the group, which has claimed a wave of deadly bombings and attacks in the West and across the Middle East, has shown it can continue to operate to horrific effect.

On Monday, a spate of IS-claimed bombings in two government-held cities in coastal Syria left 184 people dead, in what the Britain-based Observatory said were the deadliest bomb attacks in Syria’s five-year conflict.