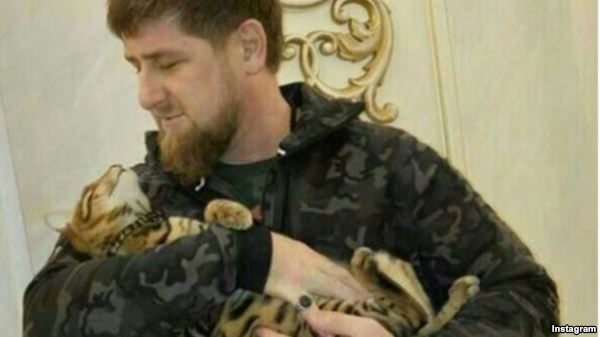 It’s been a week since Chechen leader Ramzan Kadyrov launched an appeal via Instagram asking his 1.8 million followers to search for his cat, which had gone missing 10 days earlier.

The cat is a toyger, a breed of domestic cat resembling a “toy tiger,” as Kadyrov points out.

While Kadyrov’s post received tens of thousands of likes and comments, it’s unclear whether the cat has been found.

In the latest episode of his weekly Last Week Tonight With John Oliver show, Oliver appealed to his millions of viewers to put #FindKadyrovsCat and Kadyrov’s Twitter and Instagram handles to use.

“…Kadyrov being upset about his lost cat is not good,” Oliver said. “This is a man whose security forces have been accused of kidnappings and torture, and whose Wikipedia page has an entire section dedicated to ‘Accusations of human rights abuses.’ And the mere existence of that [section] is pretty damning…. You don’t even need to know the details to know that it cannot be good.”

He went on to note Kadyrov’s brutal methods and his affection for clothes emblazoned with likenesses of Russian President Vladimir Putin, and cites Chechen authorities’ reported questioning of more than 1,000 wedding guests — “including children” — after he lost his phone.

“When Kadyrov can’t find something, he goes a little nuts,” Oliver said:

The hashtag #FindKadyrovsCat has since received a considerable number of replies with mock offers to help.

Others took to Photoshop to combine some of Kadyrov’s two favorite things on Instagram: Putin and animals.

There was even a Game of Thrones reference featuring a lifeless carcass of a cat that resembles his own,

Others, including the Twitter account of the humanitarian-aid NGO People In Need, used the hashtag to highlight the human rights abuses that many have allegedly suffered under Kadyrov’s rule.

Kadyrov’s Instagram account responded late on May 23 with a slightly rambling celebration of Putinism and the attention the cat story was garnering, along with a Photoshopped image of Oliver in a Putin T-shirt and the caption: “I’m tired of jokes. I want to care for cats in Chechnya. By the way, Putin is our leader!”