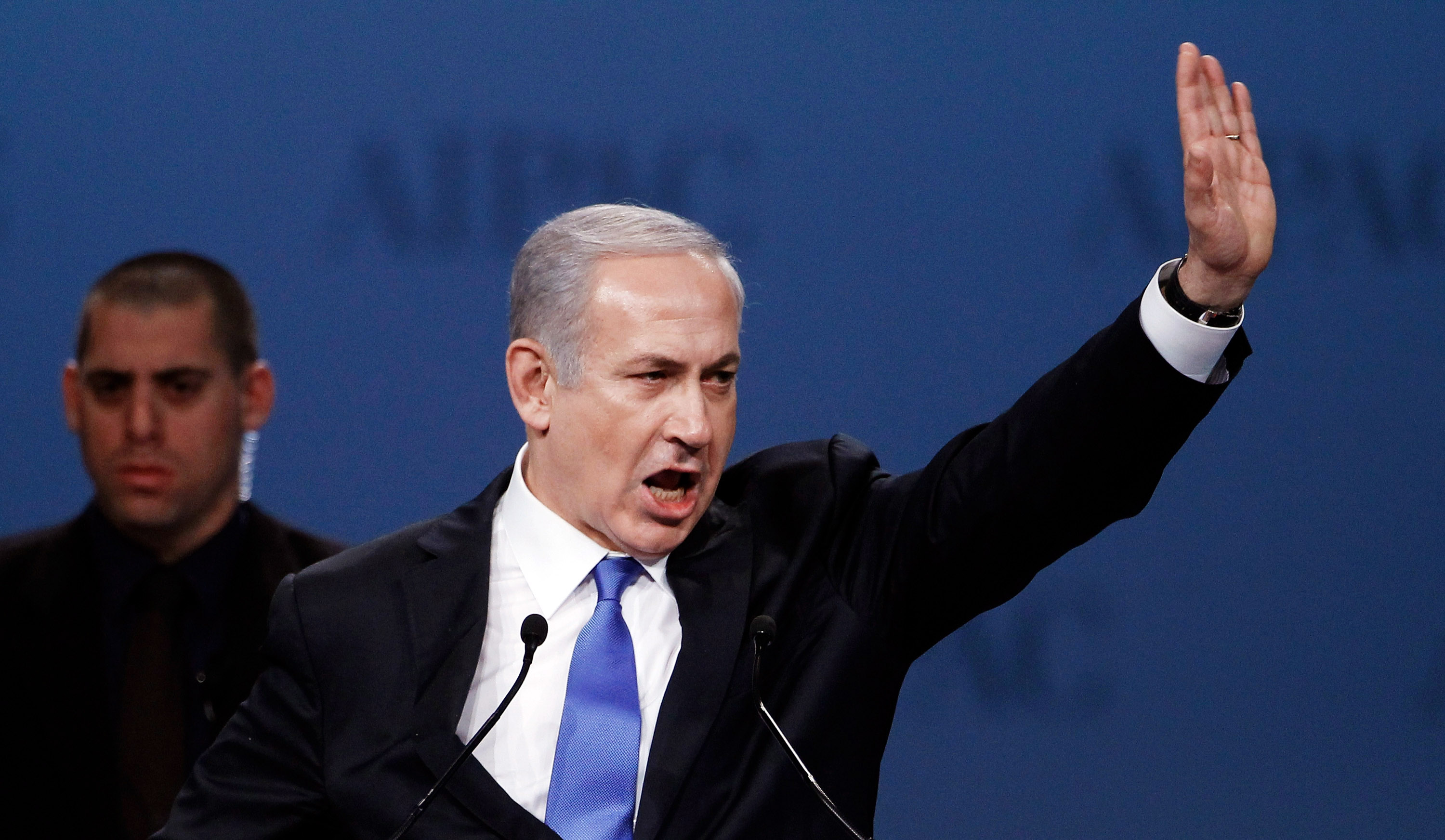 Israel forms ‘most right wing government in its history ‘

Israeli Prime Minister Benjamin Netanyahu has reached a deal with a hardline nationalist party to join his government, negotiators said on Wednesday, forming what is being called the most right-wing government in the nation’s history.
Under the agreement, Avigdor Lieberman and his Yisrael Beitenu party will join Netanyahu’s coalition, adding five lawmakers to his previously wafer-thin parliamentary majority.
Lieberman, who has spoken of harsh measures against Palestinian “terrorists”, is to take over the key role of defence minister.
Tourism Minister Yariv Levin, a negotiator for Netanyahu’s Likud party, told public radio the deal had been reached, while Lieberman’s spokesman confirmed it to AFP.
A spokesman for Lieberman, a longtime politician who has previously served as foreign minister and lives in a settlement in the occupied West Bank, said the deal would be signed in parliament at 0800 GMT.

The move to hand the defence ministry to the 57-year-old hardliner has sparked deep concern among Israeli centrist and leftwing politicians, as well as among some of Netanyahu’s Likud colleagues.
Religious nationalists from the Jewish Home party already hold key cabinet positions in Netanyahu’s government.
Moshe Yaalon, a Likud member who resigned as defence minister on Friday and who has also served as armed forces chief, warned of a rising tide of extremism in his party and the country as a whole.
Former Labour prime minister and defence minister Ehud Barak went even further, saying Israel’s government “has been infected by the shoots of fascism.”
But others say that Lieberman is above all a pragmatic politician who aspires to be prime minister one day, noting also that he will face opposition from the security establishment if he seeks to carry out some of his most controversial ideas.
An example of his provocative style was recently on display in comments directed at Ismail Haniya, Islamist movement Hamas’s leader in the Gaza Strip.
Lieberman said he would give Haniya 48 hours to hand over two detained Israeli civilians and the bodies of soldiers killed in a 2014 war “or you’re dead”.
In 2001, the former nightclub bouncer advocated bombing the Aswan Dam in Egypt, accusing Israel’s Arab neighbour of supporting a Palestinian uprising.

The deal brings to a stunning conclusion weeks of speculation over Netanyahu’s efforts to expand his government, which has held only 61 of the 120 seats in parliament since elections in March 2015.
Netanyahu had earlier engaged in negotiations with Labour party leader Isaac Herzog to join the government before turning to Lieberman instead.
Besides Lieberman becoming defence minister and another member of his party becoming immigrant absorption minister, the government agreed to allocate approximately 1.4 billion shekels ($363 million, 325 million euros) to pensions of elderly Israelis.
Lieberman, born in the ex-Soviet republic of Moldova, sought the arrangement to benefit immigrants from the former Soviet Union, his main electoral support base.
“These are the two major issues that are important to our constituency, and significant achievements,” Lieberman’s spokesman told AFP.
He had also pushed for the government to institute the death penalty for Palestinian “terrorists,” but Lieberman backed away from the demand in the talks.
A watered-down version is thought to have been agreed upon that analysts say is unlikely to significantly change current policy. There have been no executions in Israel since 1962.
Netanyahu has sought to ease fears over Lieberman’s expected appointment, with the new defence minister having previously called for “disloyal” Palestinians to be beheaded, saying he will continue to seek peace with the Palestinians and oversee the defence ministry’s policies, which include control over the occupied West Bank.
Negotiations with the Palestinians have been at a complete standstill since a US-led initiative collapsed in April 2014.