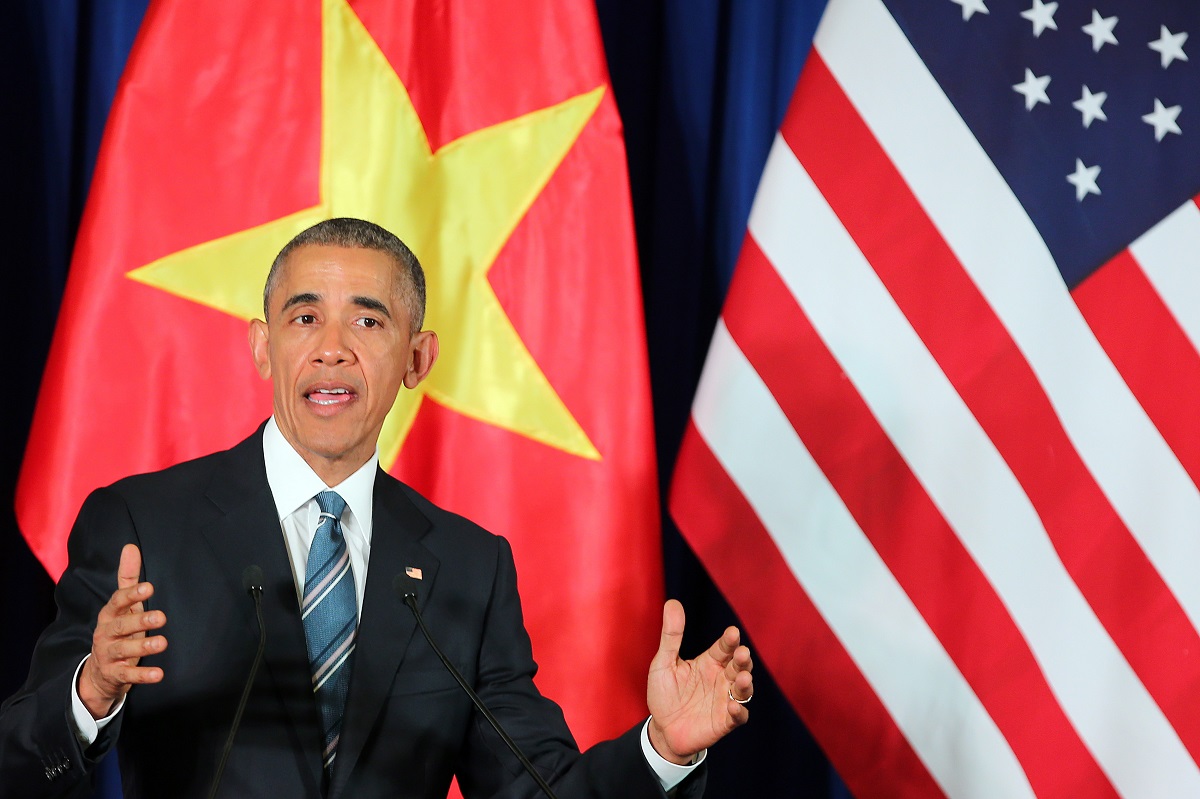 US President Barack Obama called Tuesday (May 24) for territorial disputes in the South China Sea to be “resolved peacefully” as Vietnam baulks at Chinese actions in the bitterly contested waters.

“Big nations should not bully smaller ones, disputes should be resolved peacefully,” he told an audience in Hanoi, referring to the disputed maritime region.

His remarks won loud applause from more than 2,000 delegates including top Vietnamese leaders.

Washington and Hanoi have been drawn closer together through their mutual concern at Beijing’s increasing assertiveness in the sea.

China claims almost all the South China Sea and has rattled neighbours with a series of reclamation and construction projects – including airstrips – on reefs and islets.

Vietnam and four other countries also have claims to parts of the sea.

The United States takes no position on the competing territorial claims but asserts freedom of navigation and flights in the sea and has sent warships near Chinese-held islets.

“As we go forward the United States will continue to fly, sail and operate wherever international law allows and we will support the right of all countries to do the same,” Obama said.

On Monday Obama announced he was scrapping a Cold War-era ban on weapons sales to Vietnam, seen as a major boost for Hanoi as it tries to bolster its defences against its giant northern neighbour.

“Vietnam will have greater access to the military equipment you need to ensure your security,” Obama told delegates, adding the US would continue to train Vietnam’s coastguard to “enhance maritime capabilities”.