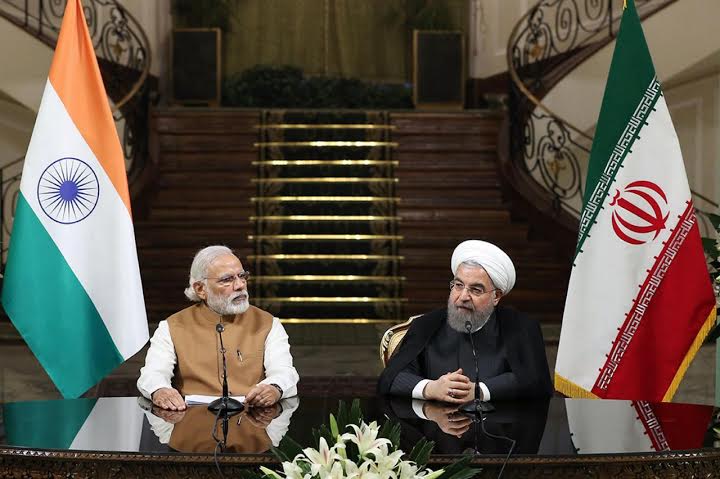 India agreed on Monday to finance the development of an Iranian port as a trading hub, as Prime Minister Narendra Modi sought to revive economic ties with Tehran after the lifting of sanctions.

India agreed on Monday (May 23) to finance the development of an Iranian port as a trading hub, as Prime Minister Narendra Modi sought to revive economic ties with Tehran after the lifting of sanctions.

The Indian leader met Iranian officials including supreme leader Ayatollah Ali Khamenei and President Hassan Rouhani during a visit that he said would mark “a new chapter in our strategic partnership”.

Modi and Rouhani oversaw the signing of a memorandum of understanding for the provision of a line of credit from India’s EXIM Bank to develop Iran’s southern port of Chabahar, on the Gulf of Oman. Rouhani hailed the project, saying it could become a “great symbol of cooperation between Iran and India”.

Modi’s visit, the first by an Indian premier to Iran in 15 years, comes after international sanctions against Tehran were lifted in mid-January following an agreement with world powers over its nuclear programme.

Since that long-awaited agreement was reached in July, officials from dozens of mainly Asian and European countries have visited Iran to seek a share of its 80-million strong market. India, China’s greatest economic rival in Asia, is among the last regional powers to arrive.

Chinese President Xi Jinping visited Iran only days after the sanctions were lifted and pledged to expand trade to US$600 billion in the next 10 years. Xi’s visit was in line with his signature foreign policy initiative known as “One Belt One Road”.

The first train to connect China and Iran arrived in Tehran in February loaded with Chinese goods, reviving the ancient trade route known as the Silk Road.

President Park Geun-Hye of South Korea visited Iran at the beginning of this month. Iran and South Korea decided to triple their annual trade volume to US$18 billion and Woori Bank opened an office in Tehran, becoming the first South Korean lender to do so.

Modi and Rouhani were joined by Afghan President Ashraf Ghani to sign a three-way transit accord.

The deal, bypassing Pakistan to connect Iran, India, and Afghanistan to central Asia, would boost economic growth in the region, Modi said. “We want to link to the world, but connectivity among ourselves is also a priority,” he said.

“The corridor would spur unhindered flow of commerce throughout the region. Inflow of capital and technology could lead to new industrial infrastructure in Chabahar.”

The port, “when linked with the International North South Transport Corridor, would touch South Asia at one end and Europe at another.”

Rouhani said it was “not merely an economic document but a political and regional one” with a message of regional opportunities for development.

He cautioned the agreement was not against any other country, but to the benefit of “peace and stability in the region”. “Other countries too can join this document of partnership in future.”

The volume of trade between Iran and India in the past 11 months reached US$9 billion, according to Iran’s official IRNA news agency. India is reportedly seeking to double its imports of oil from the Islamic republic.

Tehran was New Delhi’s second largest oil supplier until 2011-12, when the sanctions cut its dependence on Iranian oil. India still owes Iran US$6.5 billion that Tehran was unable to recover because of the international sanctions. India has begun paying back the debt.

In the evening, Khamenei received Modi. “As you mentioned, in addition to oil and gas, Chabahar, one of the major east-west and south-north connecting points can be a platform for deep, long-term and beneficial cooperations,” he told Modi.

The Afghan president praised his counterparts and said the Chabahar partnership was only the beginning. “I thank them because they believe that Afghanistan is going to be stable and they are wagering on our stability,” said Ghani.

He also met Iran’s supreme leader at the end of his brief visit. “Iran will never withhold any technical, engineering or infrastructural help from Afghanistan to harvest its natural resources,” Khamenei told him.