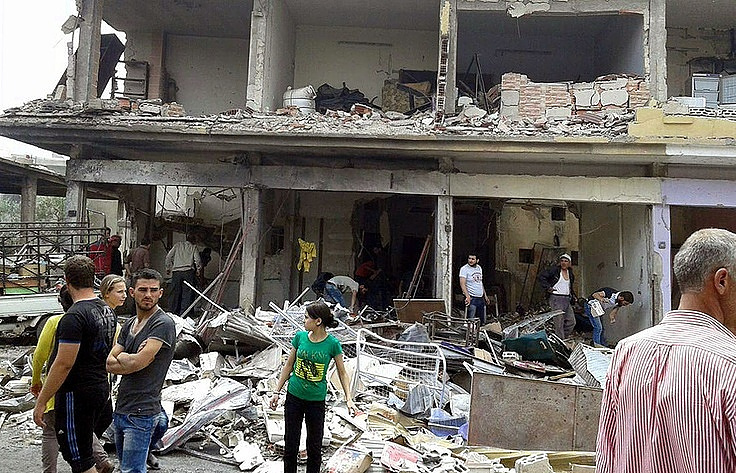 Russia is worried over today’s series of terrorist attacks in western Syria as these attacks demonstrate the fragility of the situation in the region, Russian president’s press secretary Dmitry Peskov said on Monday.

“Naturally, growing tensions and such terrorist activities cannot but cause increased worries. It once again demonstrated how fragile the situation in Syria is and stresses the necessity to continue active steps towards peace process,” he said.

The Kremlin spokesman however refused to answer the question whether Russia could revise its decision on reduction of its contingent in Syria following these terror attacks.

“I cannot answer this question. I can only remind that President [Vladimir] Putin said that the infrastructure of our legitimate presence in Syria at the request of Syria’s legitimate authorities implies a possibility of very flexible approach to the numerical strength of our contingent,” Peskov said.

Earlier in the day, a series of terror attacks rocked Syria’s Mediterranean cities of Jableh and Tartous. According to the latest updates, the bomb blasts killed 78 people. The police however say the death toll exceeds one hundred.

Responsibility for these attacks was claimed by the pro-Turkish radical group Ahrar Ash-Sham and the terrorist organization Islamic State (outlawed in Russia).