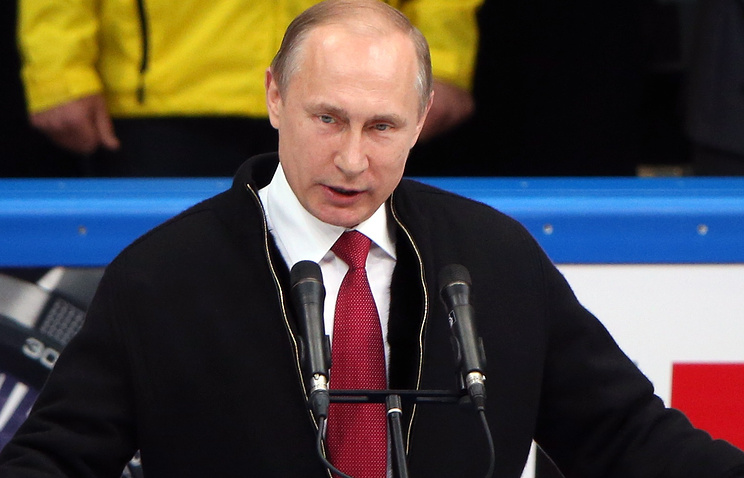 Russia has made a big and valuable contribution to development of modern pentathlon and has trained an entire galaxy of glorified sport masters, Russian President Vladimir Putin said in a greeting address to participants, organizers and guests of the 2016 World Modern Pentathlon Championships.

“Russia has made a valuable contribution to development of modern pentathlon and has trained an entire galaxy of glorified masters. As if in recognition of its credit, Moscow has been vested with the right to host its fifth world modern pentathlon championships,” Putin said in the address, the text of which had been published on the Kremlin website.

“This kind of sport, which was once suggested by the famous Pierre de Kuberten, has been permanently present in Olympic Games programs since olden days. Its visual appeal and special aesthetics have always attracted numerous fans,” Putin said.

According to the president, Moscow’s Olympiysky sport complex has brought together dedicated sport fans: leading experts, media representatives and certainly the planet’s best pentathlon athletes who will fight for medals in thrilling finals in a beautiful and tense struggle. The forthcoming 2016 Olympic Games in Rio de Janeiro will be their main challenge.

The 2016 World Modern Pentathlon Championships is kicking off in the Russian capital on Monday. Twelve pentathlon athletes, including the two leaders – Alexander Lesun and Donata Rimsaite – will represent the Russian national team at the home tournament. The pentathlon athletes will compete for seven sets of medals: in individual and team competitions as well as in men’s and women’s relay races and in a mixed relay race. World modern pentathlon championships have taken place since 1949. The Russian national modern pentathlon team won four silver medals at the world championships in Berlin. Alexander Lesun was second in individual competitions.